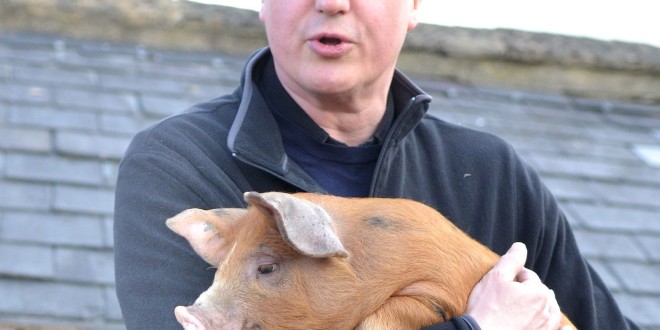 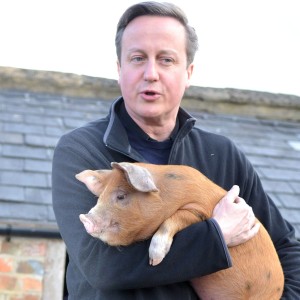 NEW book by ex-Tory peer Lord Ashcroft alleges British Prime Minister, David Cameron was involved in drugs and debauchery during his university days at Oxford.
David Cameron is accused of being involved in a bizarre initiation ceremony while at Oxford. He allegedly took drugs and enjoyed wild evenings with an Oxford dining club known for their excessive sex parties, it was claimed last night.
The sensational claims were made in an unauthorised biography Call Me Dave by ex-Tory peer Lord Ashcroft – long seen as a thorn in the side of the PM – according to the Daily Mail.
The billionaire has been at war with Cameron for years and wrote the book after Cameron allegedly failed to give him a “significant” job.
The book also alleges Cameron put a “private part of his anatomy” in the mouth of a dead pig’s head in an initiation ceremony for the debauched Piers Gaveston Society.

And it claims he was in a “dope smoking group” called the Flam Club.

Sources close to the PM last night said they did not “recognise the allegations” in the book, published next month.

But it sheds new light on Cameron’s journey from Eton and Oxford student to No.10, via a career in PR where he made significant enemies. There is no suggestion of any wrongdoing by the PM’s wife Samantha.

Cameron was asked in 2013 if he had taken cocaine, during a Commons row about the drug use of disgraced Co-op boss Rev Paul Flowers.
In 2005, after he was confirmed as the Tory leadership favourite, Cameron said he had not taken cocaine since becoming an MP.

Asked by Channel 4 News if had taken Class A drugs after being elected to Parliament, he replied: “What is private in the past should remain private.”

Cameron has previously faced claims he smoked cannabis. A 2007 book called Cameron, The Rise of the New Conservative, said that as a 15-year-old at Eton he was grounded after several boys were caught. He did not comment.

Ashcroft and Cameron reportedly have a rift going back to 2010 when the peer admitted he was then not paying UK tax on earnings outside Britain.

The book claims Cameron was aware as early as 2009 that he was a non dom. Cameron has previously said he did not know until 2010 about the tax status of the man who gave his party £8million.

Former Tory treasurer Ashcroft stopped funding the party after 2010 and became an independent pollster. The gulf is said to have widened in 2012 when Cameron hired Australian polling guru Lynton Crosby as campaign chief.

According to the book, Crosby – who guided the PM to a shock outright election victory in May – privately thinks he is a “tosser” and “posh ****”. Crosby was not available for comment last night.

Sources suggest the decision to write the book – co-written by journalist Isabel Oakeshott – was launched out of “revenge”. Ashcroft, 69, is said to feel “a lot of powerful people look down on him” as he did not go to Oxford and is self-made.

The lurid pig allegations have sparked a social frenzy with #piggate the No.1 trending story in the world on Twitter.
By BY BEN GLAZE
Source: Dailyrecord, UK