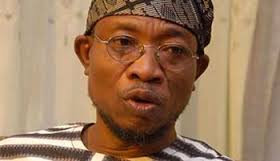 Doctors under the aegis of Osun State Association of Medical and Dental Officers (OSAMDO) have threatened to go on indefinite strike over the non-payment of their seven months’ salaries and non-remittance of contributory pension fund deducted from their salaries.

The Chairman of OSAMDO, Dr. Isiaka Adekunle said this at a press conference in Osogbo on Thursday that the strike would begin on Monday, September 28.

The doctors said they were not part of the Memorandum of Understanding which the labour unions in the state signed with Nigeria Labour Congress and other affiliate unions on Wednesday.

He said, “Government should pay all outstanding salaries, union and cooperative deductions, leave bonuses and remit the backlog of contributory pensions deductions to the relevant pension fund administrators on or before Sunday, September 27, 2015, failure of which we embark on an indefinite withdrawal of our services from 00.00hours Monday, September 28, 2015.

“That aside from the payment of these arrears, government should put in place the machinery for immediate implementation of the revised COMNESS circular for medical and dental officers in Osun State.

“That the state government should clear the arrears of hospital running cost and restore the provision for same as it is not possible to run a hospital without running cost.

“That our association should be carried along in all subsequent negotiations of salaries and emoluments affecting our members as we are members of NLC.”

The doctors said they had never been paid full salaries contained in the CONMESS circular which is the subsisting circular for payment of medical and dental officers all over the country.

They asked the people of the state to ask Governor Rauf Aregbesola what he had been doing with revenues coming to the state from the federal allocation since he had not been paying salaries for between seven to nine months now.

Efforts to speak to the governor’s media aide, Mr. Semiu Okanlawon, by our correspondent were unsuccessful.