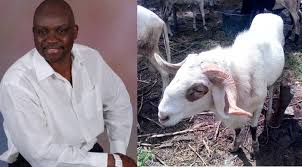 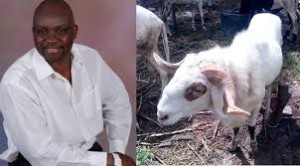 The General Secretary, League of Imams and Alfas in Nigeria, Ekiti State, Alhaji Abdulrazak Adenipekun, has ordered Muslims in the state to ignore the ban on Sallah gifts from Governor Ayodele Fayose.

This directive is contrary to a communique signed by the League’s Assistant Secretary, Alhaji Quadri Oguntuase; a Representative of Ansar-u-deen Missioner, Fatai Jimoh and Chief Imam, Ilogbo, Imam Abdul Rasak, on Tuesday.

The communique had ordered Muslims in the state not to collect rams and other food items for Sallah celebration, if presented to them in any form by the government because of “deliberate marginalisation of Muslims in Ekiti State Government political appointments.”

However, in a statement on Wednesday, Adenipekun said it was his duty as the General Secretary to issue notice of meetings as directed by the president.

He said there was no directive given by the president of the League for any meeting, described Fayose as a defender of all faiths, adding that he had been fair to Muslims in the appointments made so far.

He said, “We wish to dissociate the League of Imams and Alfas in Ekiti from the purported statement credited to Alhaji Oguntuase. While we don’t want to get involved in politics as a religious organization, we must state that Fayose has demonstrated highest respect for Muslims in the State.

“That can be seen from how he, for the first time in history, made a Muslim one of the three senators representing Ekiti State. One of the two House of Assembly members representing Ado Local Government is a Muslim.

“It is the height of political mischief for anyone or group masquerading as League of Imams and Alfas to have used our revered religious and non-political organization to promote their personal political agenda.

“We are non-political and it amounts to ridiculing the name of Almighty Allah and our great Prophet Mohammed for anyone or group to drag the Islamic religion into politics. We therefore wish to warn those behind the mischief to stop or risk the wrath of the Almighty Allah (SWT).”
Adenipekun said Muslims in Ekiti would gladly accept gifts from the governor if offered.

“We must state that the governor has never discriminated against Muslims. During his first tenure, he appointed a Muslim as Permanent Secretary, Alhaji Yakubu Sanni. The present Special Adviser on Political Matters, Alhaji Ademola Bello, is a Muslim.

“We are solidly behind the governor and in the overall interest of Ekiti State, we will continue to pray for the success of the present administration.”