September 16, 2015 Comments Off on DSS Is Planning To Upturn Akwa Ibom Poll By Force– PDP 12 Views 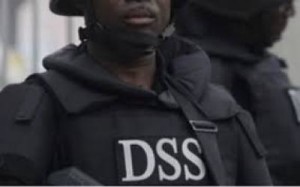 The acting National Chairman of Peoples Democratic Party (PDP), Prince Uche Secondus, on Tuesday said the party is aware of the plans by officials of the Department of State Security (DSS) to upturn the state governorship elections won by Mr. Udom Emmanuel.
Secondus, who addressed journalists at Akwa Ibom airport, said DSS had asked some of its officials to testify against Governor Emmanuel at the tribunal.
According to him, there is nowhere in the world that a security arm of government will invade a Government House.
He explained that PDP National Working Committee (NWC) was in Akwa Ibom in solidarity with the people following the invasion of the Akwa Ibom State Government House by officials of the DSS.
Secondus likened the invasion to a coup.
His words: “We have seen that the APC-led government is partial and partisan. In fact, the DSS is an arm as of now of APC-led government and they want to forcefully take over what belonged to PDP in Akwa Ibom State.
“They have arranged it. They are saying all without fear and the rule of law that Akwa Ibom state is a must have for them. We will tell them with the collective efforts of the entire people of Akwa Ibom that you can’t take Akwa Ibom by force.
“We trust the Nigerian Judiciary that they would do the right thing. They are not partisan. They won’t listen to all those gossips