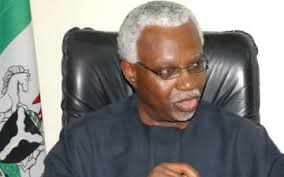 The Independent Corrupt Practices and Other Related Offences Commission (ICPC) has returned N980.2m diverted from the account of the Federal Ministry of Environment and some Federal Government colleges to the ministry and the colleges, respectively.

Of the N980.2m total, N924 million was diverted from Federal Ministry of Environment account which was returned to the ministry, while N56.2 million, recovered out of N103 million diverted, was handed over to three Federal Government colleges.

Mr. Ekpo Nta, Chairman of ICPC, on Tuesday handed over the recovered money to the Permanent Secretary, Ministry of Environment, Mrs. Nana Nebe, and the three Federal Government colleges at the ICPC headquarters in Abuja.

The money meant for the meal subsidy of students and capital projects in the three schools were allegedly diverted by a Federal Pay Officer in Abeokuta, Ogun State.