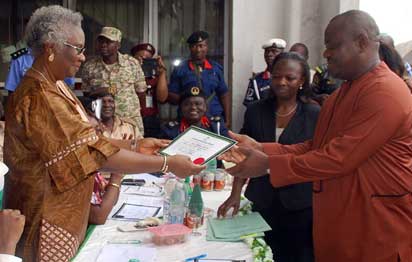 No Election Took Place on April 11 In Rivers- Army 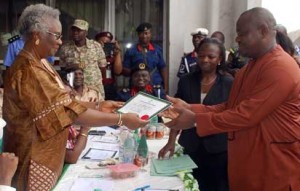 More witnesses from the Nigerian Army who testified on Thursday at the Rivers State Election Tribunal sitting in Abuja, insisted that the April 11 gubernatorial polls did not hold in the state contrary to the claim of the Independent National Electoral Commission (INEC), Peoples Democratic Party (PDP) and Governor Nyesom Wike.
Compelled by subpoena, the Chief of Army Staff (COAS) who sent three other army officers to testify at the Justice Suleman Ambrosa led tribunal , maintained that election did not hold in virtually all polling centres assigned to them to provide security.
Corroborating what Captain Garba Sani testified on Wednesday, the three army officers who led different deployments on the order of the Nigerian Army said that political hoodlums and thugs carted away the election materials after the would-be voters had allegedly been scared away with gun shots.
The three army officers who covered different local governments for the army are captains Abubakar Mohammed, Captain Fred Bala and Captain Isa Almakura.
Almakura who covered Ikwerri local government along with 30 other soldiers claimed that the entire council was tensed up right from April 10 when his team arrived the area to provide security for voters.