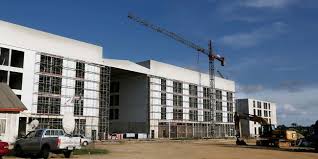 September 9, 2015 Comments Off on Akpabio’s ‘World-Class’ Hospital Not Completed Yet – AG 62 Views 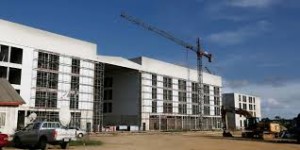 More details emerged on Tuesday about why the ex-governor of Akwa Ibom State, Senator Godswill Akpabio, after his involvement in a car accident, failed to seek medical attention at the ‘world-class’ hospital he commissioned before he vacated office on May 29,

Briefing newsmen in Abuja, the Attorney General of the state, Mr. Uwemedimo Nwoko, disclosed that though the hospital is functional, it has not been activated to 100 percent capacity.

Nwoko made the revelation while debunking ‎reports that the former governor who is currently the Minority Leader of the Senate‎, was after the accident, flown abroad for quality medical treatment.
The AG insisted that Akpabio ‎‎was actually on his way out of the country to visit his family‎ ‎when the car conveying him to the airport ‎ran into a convoy of some United State’s embassy officials‎..

He said: “Let me use this opportunity to correct one wrong impression. The former governor was not flown abroad for treatment. The distinguished Senator was actually on his way out of the country to visit his family that has been on holiday outside the country and he had wanted to move from there to the United States to attend a conference of his colleagues when the accident occurred.

“Recall that the accident occurred in the morning on August 31, and by 5:30pm, he was discharged that same day. There was no serious injury that would have warranted foreign treatment or foreign medical attention.
“It was therefore not correct for people to insinuate that Senator Akpabio was flown abroad. He flew abroad on his own, he wasn’t flown by anybody. He was strong enough on Tuesday to make the trip which he cancelled ‎on Monday because of the accident.

“After the accident, just like every other person who is in a car that had an impact, he had to go to the hospital where they did all manner of checks and confirmed that he had no internal injury, no broken bones and no dislocation. So the doctor certified him fit to make the trip on Tuesday morning

“The first and second phases are functional and is working right now, though not all the components of that hospital.
“I am not going to lie to you, the 100 per cent capacity has not been activated. However, assuming that the distinguished Senator needed medical attention, the hospital would have been enough to handle his case.
“But he did not need such medical attention. The National Hospital declared