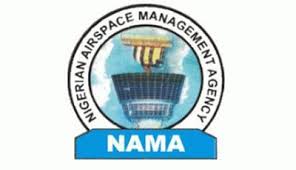 The Nigerian Airspace Management Agency (NAMA) recently completed a capacity building training programme for another batch of 16 Air Traffic Controllers in Area Airways Non-Radar course at the Nigerian College of Aviation Technology (NCAT), Zaria.
The three-month course, ‘ACC 34’, which began in June and ended in August 2015, drew participants from airports across the country.
NAMA said the training was in line with the agency’s determination to continuously strengthen the capacity of its personnel in the critical area of operations, adding that the non-radar training is designed to equip Air Traffic Controllers with the ability to control traffic procedurally in the event of radar failure.
Engr. Ibrahim Abdulsalam, Managing Director of NAMA, who was represented at the graduation in Zaria by Mr. Uzoma-fyneboy, Director of Operations, congratulated the course participants for “studying hard to achieve success in flying colours.”
Engr. Abdulsalam maintained in a statement that NAMA would “continue to give priority to training and retraining of staff especially in operations to effectively man the sophisticated air traffic management infrastructure deployed by the agency.”
NAMA had trained a total of 40 Air Traffic Controllers early this year.
The recent development had been rated by the Nigerian Civil Aviation Authority (NCAA) while 12 ATC Cadets graduated from NCAT and proceeded for on-the-job training, just as another 17 Air Traffic Engineers graduated from the same institution after undergoing a three-month course designed to equip them in handling CNS/ATM as well as ICT equipment of the agency.