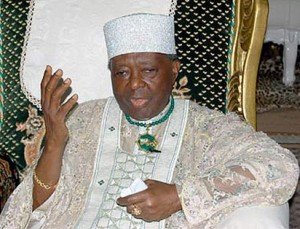 September 4, 2015 Comments Off on Ile-Ife: Ifa Oracle Set To Choose Next Ooni 203 Views 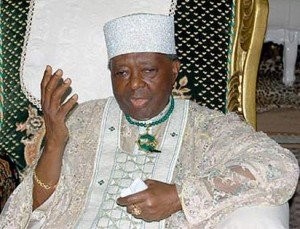 The next Ooni of Ife will, no doubt, emerge according to the dictates of the Ifa oracle. In Yorubaland, divination gives priests unreserved access to the teachings of Orunmila.

Several ruling houses have indicated interest in occupying the throne and the prospective candidates are not resting on their oars to emerge the next Ooni.

The kingmakers, over time, have been guided by Ifa in the process of selecting the Ooni of Ife in the past. Guided by Ifa, the king-makers are expected not to go against the dictates of the divinity. The Ifá divination rites provide an avenue of communication with the spiritual realm and always, the king-makers consult Ifa before it makes any pronouncement on who occupies the Ooni throne.

Failure by the king-makers to consult with Ifa often results in the untimely death of the occupant of the throne. Remarkably, Ifá is practised throughout the Americas, West Africa and the Canary Islands, Azores, and Madeira, in the form of a complex religious system, and plays a critical role in the traditions of Vodoo and other Afro-American faiths, as well as in some traditional African religions.

THE exit of Oba Okunade Sijuwade as Ooni of Ife has created a vacuum which would be filled by a worthy successor. The late Sijuwade emerged the 50th Ooni of Ife in December, 1980 and ruled the ancient city of Ile-Ife for 35 years.

Ruling houses
He died at the St. Mary’s Royal Hospital in London after a brief illness in July, 2015. There are four ruling houses where the Ooni of Ife could emerge from. They are: Osinkola, Ogboru, Giesi and Lafogido but the odds seem to favour the Giesi house. Already, the Giesi Ruling House, in line with standing rotational arrangement of the 1957 Chieftaincy Declaration after the demise of Oba Sijuwade, has set in motion plans to present qualified persons to the king-makers.

Members of the ruling house have met at the family compound at Agbedegbede Lane in Ile-Ife to receive the report of its selection screening committee. The committee, it was gathered, submitted its report to the head of the family, Prince Modupe Fadehan. But interestingly, the likely successor will emerge after the king-makers must have sought the divine guidance of Ifa oracle.

In addition, the Ifa oracle would be consulted on the choice before the final ratification by the chief priest. Before now, the king-makers were advised to guard against manipulating the emergence of the next Ooni of Ife. A chieftain of the Peoples Democratic Party (PDP), Chief Bode George, who is the Atona Oodua of the Source, recently appealed to them not to allow politicians use their influence to choose the next Ooni.

Selection process
Obasanjo said it was imperative for the king-makers to choose the rightful, God-fearing person to occupy the throne even as he called for a hitch-free selection process that would produce the next Ooni. Some unnamed politicians are said to be scheming to manipulate the process for their preferred candidate to emerge as the next traditional ruler in Ile-Ife.

Ifa worshippers call for recognition
Meanwhile, Ifa worshippers have called on government at all levels to set aside a day for the celebration of the traditional festival, as it obtains in the Islamic and Christian religions.

This was the crux of the matter at the 2015 Isese Day Celebration of Isese Parapo and International Council for Ifa Religion in Egba district, held in Abeokuta, recently with the theme, “The importance of government in Ifa religion.” The Ifa traditionalists who converged on their praying ground at Oke-Aregba area of the state capital, stressed the important roles traditional religion plays in the socio-economic and political development of any nation.

They appealed to government at all levels to give the much-needed support and legal recognition to traditional religion, with a view to enhancing harmony, peace and stability in the country. The Guest Preacher at the occasion and the Erinmi Ijo Orunmila Adulawo of Egbaland, Chief Ifasola Akanbi, in his sermon said that traditional religion had been in existence for long.

Traditional religion
He lamented that government had left out traditional worshippers in its scheme of things, especially in any of its organised religious activities. Akanbi also appealed to the current administration in the state to consider the declaration of a public holiday, preferably on August 20, for the annual commemoration of the traditional day, as it is in Osun State.

He equally appealed to media practitioners, as well as security agencies in the country, to always do a thorough investigation whenever they apprehend ritualists who are tarnishing the good image of the genuine traditionalists for their selfish ends.