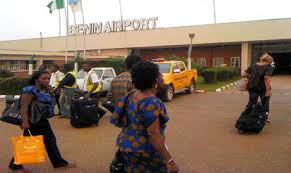 About three months after the Benin Airport authorities suspended flight activities in order to carry out rehabilitation work on the runway, the management of the airport on Thursday announced its reopening at the weekend as duly certified by Nigeria Civil Aviation Authority (NCAA).

Consequently, travellers who have made Asaba Airport and passenger bus transport as alternatives since the suspension of flight activities in Benin Airport will now heave sigh of relief.

NCAA suspended flights at the airport on June 28, 2015 to enable the authorities of the airport carry out rehabilitation work on the runway which was in bad shape as well as put in place other infrastructure considered crucial to flight operations and safety.

Mr. Sunday Ayodele, Manager of the Benin Airport, briefed journalists in Benin City and confirmed the resumption, but said that the airport was never closed to other activities apart from the runway which needed to be fixed for the safety of passengers.

Regretting the pains the suspension might have caused its numerous customers, especially passengers who use the airport, Ayodele observed that it was intended to ensure their safety and serve them better.

He disclosed that flight operations would commence this weekend, promising that adequate security measures had been put in place to prevent intruders from gaining access to the runway after the stowaway incident and other threats.

The chairman of Car Hire Services and users who have spent close to 35 to 40 years carrying out various business activities at the airport have expressed happiness that activities would soon begin following the suspension, saying this would enable them fend for their families.