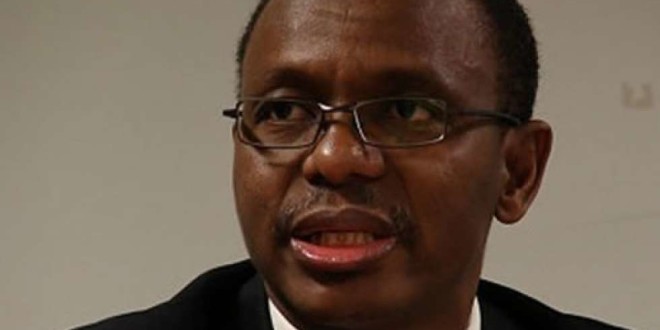 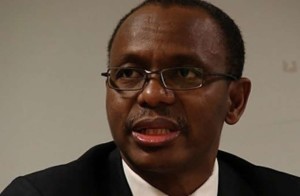 The Centrum Initiative For Development and Fundamental Rights Initiative, a Kaduna-based human rights organisation, has issued a 48-hour ultimatum to the State Governor, Malam Nasir el-Rufai, to sack his Special Adviser on Investment Promotion Jimmy Lawal, alleging that the governor’s aide was on wanted list of the United State government.
Addressing a press conference on Thursday in Kaduna, Dr. John Danfulani, Executive Chairman and Director of Strategy of CEDRA, said the governor should expect mass protest from civil society organisations after 48 hours if the special adviser was not removed.
The press briefing audience was dominated by ex-governor Muktar Yero’s former commissioners, aides and the Peoples Democratic Party governorship aspirants.
Danfulani, who questioned the rationale behind el-Rufai appointing a man with alleged criminal records as his aide, claimed that when a person of Lawal’s character was allowed to work for the state, it will paint the All Progressives Congress’s administration in a bad light.
“We will formally petition the governor on the need to sack a wanted man in his government. When that fails, we will be forced to embark on a mass protest,” the CEDRA leader said.
The rights activist called on the governor to immediately sack Lawal, whom he claimed was “someone on US government’s wanted list.”
The group’s chairman also accused the governor of marginalisng the people of Southern Kaduna in the appointment of commissioners and other aides in the state.
He said el-Rufai’s appointments and retirement so far did not take ethno-religious composition of the state into consideration.
According to him, of the 13 commissioners appointed so far in the state, only four were Christians and the remaining nine were Muslims.
Danfulani said, “Of the remaining permanent secretaries in the state, only three are Christians. Of the most senior and key officers of his administration like Chief of Staff, Principal Private Secretary and Secretary to the State Government, none is a Christian or from Southern Kaduna.