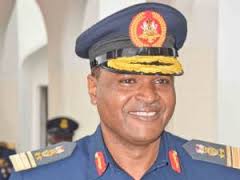 The investigation to unravel the cause of the crash of the Nigeria Air Force (NAF) Dornier-228 at the Ribadu Cantonment, Kaduna, will begin on Monday.

Air Marshal Sadique Abubakar, Chief of Air Staff, set up the panel of investigation that would take off on the first working day after the crash.

The military is said to have cordoned off the crash site at the Nigerian Defence Academy, Kaduna, in readiness for the planned investigation.

The pilot of the aircraft was on a mission to Abuja to pick up some military personnel he had earlier taken to the South-East when the incident occurred.
The CAS decided to order an immediate probe into the crash because the aircraft was in perfect condition before the tragic crash.

A source said that the aircraft came down barely 10 minutes after take-off contrary to the claim that the captain who was Abuja-bound discovered a fault and was on his way back to base when the incident occurred.
Air Commodore Dele Alonge, Director of Public Relations and Information of the Nigerian Air Force, said the panel would commence sitting immediately and advised the citizenry to await the outcome of the investigation initiated by the Chief of Air Staff who has the mandate to unravel the cause of the unfortunate crash.

“Based on the directive of the Chief of Air Staff, the panel is going to begin work immediately.