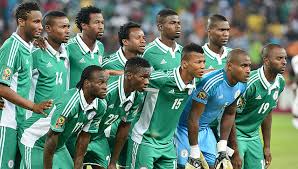 The Tanzania Football Federation has confirmed that the 2017 Africa Cup of Nations qualifier between the Taifa Stars and Super Eagles of Nigeria will come up at the National Stadium, Dar es Salaam on Saturday, September 5.

A mail from TFF President Jamal Malinzi also confirmed that the National Stadium has natural grass, and that the match will kick off at 4.30pm Tanzania time (2.30pm in Nigeria).

Nigeria’ Super Eagles share joint top –place with the Pharaohs of Egypt in Group G of the qualifying series, having beaten Chad 2-0 in Kaduna in June’s Matchday 1, but the North Africans have one goal advantage having beaten the Taifa Stars 3-0 the same weekend.

Coach Sunday Oliseh has 19 home –based professionals in camp in Abuja, and has also called 18 overseas –based players, led by Eagles’goalkeeper and skipper Vincent Enyeama.

The Nigeria Football Federation has also confirmed that it has finalized all arrangements with regards to the Super Eagles’ movement into and out of Dar es Salaam, as well as accommodation for the delegation in the Tanzanian capital.

Sources further confirmed that while the delegation will fly out from Abuja, the chartered aircraft will fly the delegation to Port Harcourt on return, where the Super Eagles tackle the Mena of Niger Republic in an international friendly on Tuesday, September 8.