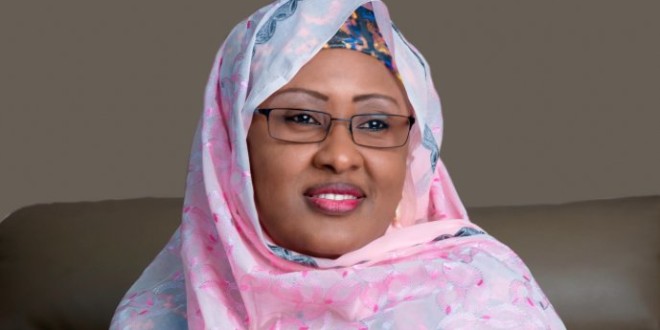 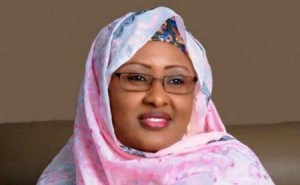 The Presidency has said that an official portfolio was yet to be assigned to Hajia Aisha, wife of President Muhammadu Buhari, overruling what  hitherto was known as “First Lady’s office”.

Apparently renaming it “Office of the Wife of the President”, the Presidency however stated that Mrs. Buhari would, for now, be saddled with women and youth-related issues in the country.

The Presidency was reacting to allegations in some media that the wife of President Muhammadu Buhari has moved into the First Lady’s office in Aso Villa.

Describing the allegation as totally false and fictitious, the Senior Special Assistant to the President on Media and Publicity, Mallam Garba Shehu said that even though there was absolutely nothing wrong with Mrs. Buhari making use of the office space reserved for the First Lady, she had not done so in her capacity.

Shehu stated that under President Buhari, the office shall be completely different from what obtained in the past, saying that the era of the First Lady issuing oil wells and licenses was gone.

“President Buhari promised that there would be a clear difference between the role played by his wife during his tenure and that played by many previous First Ladies. All that ostentation, ubiquitousness and arrogance we have come to expect from the office are over and done with.  Change has come.

“The ideal platform from which she will be useful to Nigeria’s women and children is still being thought out.  Once this has been concluded, Mrs. Buhari’s role will become clearer to all Nigerians. There will be nothing shady or hidden about it. There will be no access to public funds. It will be purely private and voluntary,” he said.

The presidential spokesman recalled that the time Mrs. Buhari had to make use of the office was at the beginning of the present administration.

He added that the meeting during which she hosted the wives of governors was held in a section of the Villa’s banquet hall, not in the First Lady’s office. “Her only visit to that office was at the point of the take-over of the Villa by the incoming administration.

“Out of respect to Mrs. Buhari, the Sierra-Leonian First Lady, Mrs. Sia Koroma recently surrendered her position of head of Africa’s First Ladies to Mrs. Buhari, inviting her to take up the same seat which Mrs. Jonathan hurriedly handed over a few weeks to the handover of her husband’s government to President Buhari. Again, all these things are currently under consideration and no decision has been arrived at presently,” Shehu said.