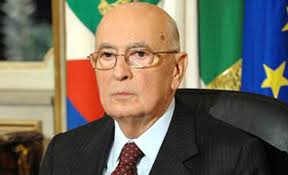 Italy’s coast guard has said 22 boats and rubber dinghies filled with people have been intercepted in the Mediterranean within a 24-hour period. Record numbers of refugees have been trying to cross the sea to Europe.

The Italian navy said Sunday that it had organized the rescue of about 4,400 migrants in waters off the Libyan coast during Saturday, prompted by requests for help received from nearly two dozen boats. Norwegian and Irish ships took part in one of the biggest multi-national operations to patrol the Mediterranean.

The rescued were being taken to Italian territory, the ANSA news agency reported. Some 548 were set to land in Palermo, Sicily, on Monday, and 935 were likely going to arrive on the same day in Cagliari, Sardinia.

Italy, along with Greece, is often the first port of call for Europe-bound asylum seekers taking the sea route and hoping to settle in wealthier EU states.

Deadliest year for seafaring asylum seekers
The International Organization for Migration estimates that more than 149,000 sea migrants landed in Greece and almost 104,000 arrived in Italy through August 20. It also reports that at least 2,365 people died at sea – up from 1,779 in the same period of 2014.

Europe is struggling to cope with a record influx of refugees and migrants as people flee war-torn countries such as Syria, Afghanistan and Iraq. Many more are seeking land routes via the Balkans.

The Italian navy and customs police, Irish and Norwegian boats have formed part of the Triton border patrol mission, coordinated by the European Union. A ship from another EU operation, EUNAVFOR Med, has also been assisting weekend efforts, the Italian coast guard said.
-DW.COM