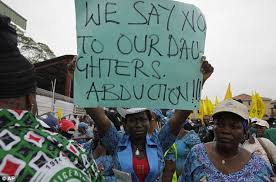 A non-governmental organisation, Prevent Abuse of Children Today (PACT) Coalition in Cross River State has raised alarm that no fewer than 20 children have been kidnapped in the state allegedly for ritual purposes over the past nine months.

PACT said it is illegal, cruel and wicked for anyone to kidnap, maim and or murder helpless and defenceless children and there can be no justification whatsoever for kidnapping children.

Worse still, despite all claims of search mounted by police investigators, religious prophets, among others, none of the reported missing children has yet been found or returned to their parents.

Mr James Ibor, Coordinator, PACT Coalition Cross River State and Executive Secretary, Basic Rights Counsel Initiative of the group, said in Calabar on Friday that PACT had been investigating the recent spate of child kidnapping in Calabar, an ancient city famous for its serene and peaceful environment.

According to him, the city regarded as the safest in Nigeria is now nose-diving into a den of kidnappers with incessant reported cases of child kidnapping.

“The fact that Calabar is increasingly gaining this sad notoreity as a centre of child kidnapping should be of major concern to all state and national leaders.

“Over the last nine months, at least 20 children in the city and outskirts of Calabar have been reportedly kidnapped for suspected ritual purposes.

“The number of such cases seems to be increasingly on the rise. Children aged between one to seven years have been reportedly kidnapped, leaving families distressed and helpless.

“On the 9th of July 2015, a one-year and nine months old baby was kidnapped at Ikot-Abasi Obori Street, Ikot-Ishie Town, Calabar. On 2nd June, 2015 a four and a half year old child was kidnapped at Awi, Akamkpa.

“Other cases include a one and half year old child kidnapped in May, 2015 when the kidnappers lured the child’s mother to Aba, Abia State, under the pretence of giving her a job.

“Also, a little boy of six years and her sister (a two-year-old child), were both kidnapped in June, 2014 at Ikot-Eyo, Akpabuyo Local Government Area, Cross River.

“We have the full data and documentation of these kidnapped children in Cross River,’’ Ibor said.

He said that it was also worrisome that parents had been subjected to desperation and trauma in the course of financing investigations by law enforcement agents.

“Additionally, some self-proclaimed prophets claim to have spiritual powers to conjure and lure the kidnappers to bring back the missing children.

“At the moment, we are making efforts in collaboration with some security agents to arrest one of the prophets for extorting N40,000 from one of the parents and victims.

“Despite all such claims and so-called investigations, no child has yet been found or returned to their parents.

“It is illegal as well as cruel and wicked for anyone to kidnap, maim, and or murder helpless and defenceless children. There can be no justification.

“This is a fundamental breach of the Cross River State Child’s Rights Law, 2009 and Nigeria’s international legal commitments,’’ Ibor said.

The organization also condemned what it called heartless and senseless kidnapping of children in Cross River, and urged the Federal and state governments to put an end to child kidnapping.

According to the organisation it will help save and protect the lives of our younger generation.

He appealed to all to ensure that the victims were returned to their parents alive, adding that anyone suspected of involvement in kidnapping of children should be prosecuted.