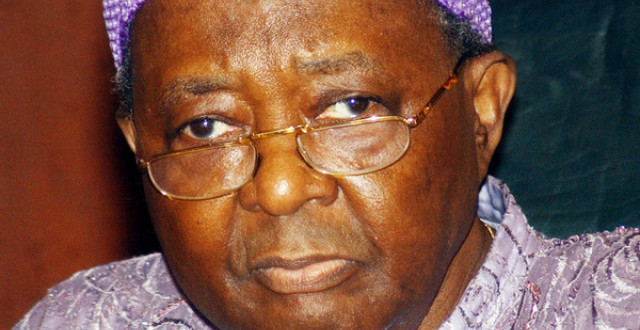 As the process of choosing a new Ooni of Ife gains momentum, Prince Adeyemi Adeoye Aderibigbe Ologbenla, retired Professor from Obafemi Awolowo University, who is from one of the ruling houses in Ile-Ife, has advised all stakeholders in the selection process of a new monarch to be wary of those jostling for the title, noting that most of them are not from any of the lineages that produce kings in the town.

For instance, he dismissed the claim of one Prince Ramon Adegoke Adedoyin who said the late Ooni of Ife, Oba Okunade Sijuwade had anointed him as his successor, adding that no king since inception of the ancient town, had ever chosen a successor.

The retired Professor of Economics said the claim of the prince was a complete falsehood, because he is not recognized as a member of any of the ruling houses from Ife.

He said in Ibadan in an exclusive interview that the claim of the man was alien to the history of Ife and not in tandem with the laid down rules and regulations guiding the ascendancy to the throne of Ooni.
The late Ooni of Ife, Oba Okunade Sijuwade passed on penultimate week in a London hospital.
He said, “Since it is Ifa Oracle that selects who becomes the new monarch according to popular belief, there is no way the late Ooni could have anointed any man. Sijuwade could not have presented or anointed him. Another thing is that Ifa Oracle will certainly choose a candidate from the ruling house whose turn it is to present the king. Ifa will never choose a candidate from outside the next ruling house.”
The prince advised the local and state governments to stick to the earlier declaration made on the selection of a new king to “avoid problem from our ruling house. I have also heard of a number of people who have been parading themselves or making claims that they want to be Ooni.
“I am in a position to know who the true Giesi children are and we are willing and ready to present a candidate or candidates whenever we are told to do so by the kingmakers, local and state governments. All those who are parading themselves have no claims to the throne.”
They are not even members of Giesi Ruling House. Giesi ruling house will present a candidate when called upon to do so.”
“I read on Sunday that somebody has been parading himself as having been anointed by Oba Sijuwade. It is the greatest falsehood ever peddled. He also claimed that Sijuwade was anointed by the late Oba Adesoji Aderemi and that Aderemi was anointed by Ademiluyi Ajagun. Nothing could be farther from the truth. It has never happened and Ooni can never name his successor. The 1976 declaration is still there”, the professor said.
-Vanguard