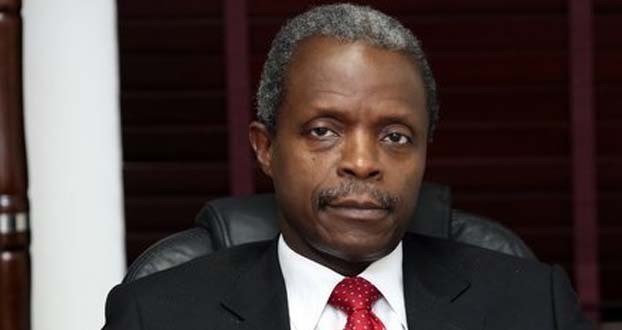 August 15, 2015 Comments Off on Anti-corruption War Constinues, It’s Not For Witch-hunting – Osinbajo 5 Views

Vice-President Yemi Osinbajo has said that the Federal Government will not relent in its fight against corruption in the country.
Professor Osinbajo, who spoke with journalists on Friday at the burial ceremony of a member of the Redeemed Christian Church of God, the late Mrs. Janet Oladoye, in Ilara-Mokin, Ondo State, also debunked allegations by members of the Peoples Democratic Party (PDP) that the anti-corruption crusade is a witch-hunt.
He accused PDP of trying to stall the anti-corruption war.
The Vice-President said the anti-corruption crusade embarked upon by President Muhammadu Buhari was not meant to intimidate anybody in the country as being insinuated in some quarters.
He explained that the anti-corruption crusade was not designed to intimidate any politician.
According to him, the list of the people who have been arraigned by the Economic and Financial Crimes Commission so far shows that the anti-corruption war is not a witch-hunt.
He, however, said that anyone found guilty of corruption would be made to face the wrath of the law irrespective of his status.
Osinbajo was welcomed at the event by a large crowd of residents of the town and members of the APC from the 18 local government areas of the state amid tight security.