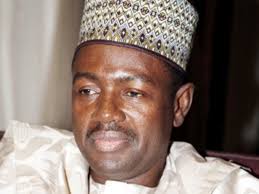 Mr. Labaran Maku, former minister of Information and gubernatorial candidate of All Progressive Grand Alliance (APGA) in Nasarawa State, Monday blamed the rising insecurity in the state on what he called the insensitivity of the state governor.

Maku was reacting to a statement by Governor Umaru Tanko Al-Makura that there was no crisis in Nasarawa as being speculated in the state.

He cited several instances of extra-judicial killings going on in various communities of the state since 2001 and wondered why the state governor chose to deny the killings rather than seek solutions and assistance from Federal Government.

He, however, called on President Muhammadu Buhari to as a matter of urgency place Nasarawa state under special security surveillance to avoid further loss of lives and breakdown of law and order.

Maku who regretted the outcome of the 2015 governorship election in the state said, ‘‘I would have ended this persistent killing of innocent people by suspected Fulani herdsmen within three months if I was declared winner of the election because when I was commissioner for four years, deputy governor for four years and during these period there was nothing like these killings.

He listed areas like Assakio, Agbashi, Ginda Gambo, Barkin Kogi and Basa as some of the flash points that need to be put under security watch if the killings are going to stop.

Also included in the list are: South Doma, Omaku, Aygaragu, Odenni Magaji, where a man was killed and Aygaragu Tofar area of Lafia local government of the state.

‘‘I am appealing for support because Nasarawa State is failing in terms of security, economy and good living. Nasarawa state should be placed under special surveillance over series of killings going on everyday in the state, instead of talking to politicians.

‘‘For me, security is a serious issue in Nasarawa State. I am worried that Nasarawa State has degenerated to this level. I am appealing to federal government to find ways of getting an independent report on the crisis going on in my state. I am concerned because my people need peace, they can no longer go to their farms, some of the richest agro-communities in the country.

On his chances at the tribunal, Maku said, ‘‘We have concluded our submissions at the tribunal, waiting for the verdict. We have statistical reports on how the election was rigged. I went to court because I know I won. If I did not win, I wouldn’t have gone to court.’’

Reacting to the recent demolition of 87 years’ ancient Lafia market, he said there was nothing wrong in building a new market but condemned the action of the governor as inhuman and insensitive for not following due process before carrying out the demolition exercise.

Share
Previous Anti-Corruption War: Treasury Looters Will Be Arraigned In Weeks – Buhari Vows Tuesday
Next Pyrates Confraternity Is Not A Cult – Soyinka