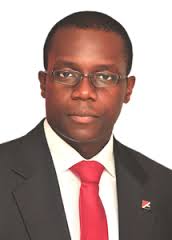 His position has been temporarily filled by Musa Yola Usman.

Komolafe was in charge of NNPC’s oil sales. The company receives about half or 1 million barrels per day, of the country’s total production out of which 445,000 bpd is allocated to Nigeria’s refineries.

Buhari is keen to root out corruption and plug massive revenue leaks, starting with a restructuring of the state-owned behemoth.

About 250,000 bpd of oil was being stolen and that the Buhari government was aiming to recover an estimated $150 billion in stolen funds with U.S. assistance.

Nigeria’s oil industry is riddled with graft, with tens of billions of dollars in oil revenue either grossly mismanaged or unaccounted for.

A report by the Natural Resource Governance Institute, following an in-depth investigation, said on Tuesday that how NNPC conducts its oil sales should be overhauled.

It said the allocation to the country’s neglected refineries has become a “nexus of waste and revenue loss” and crude contracts were signed mostly with unqualified intermediaries receiving commissions for little or no added value.

Mr Ohi Alegbe, Group Head, NNPC Public Affairs Division, in a statement on Friday explained that Komolafe’s redeployment was part of ongoing re-organisation that commenced earlier in the week with the appointment of a new Group Managing Director and retirement of eight group executive directors, and has nothing to do with allegations of financial malfeasance.

Alegbe urged the public to disregard such reports, and called on journalists to adhere to the ethics of their profession and avoid unnecessary speculation.