Breaking News
Home / News / Bank Debtors: I Do Not Owe Any Bank A Kobo – Idika Kalu 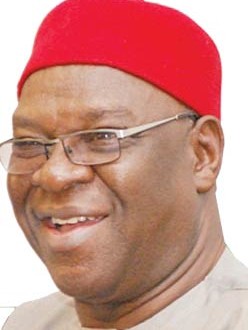 Bank Debtors: I Do Not Owe Any Bank A Kobo – Idika Kalu 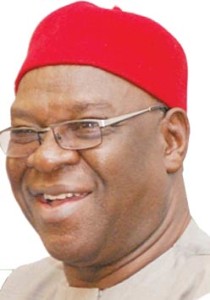 Dr. Kalu Idika Kalu, former minister of Finance, has dismissed the inclusion of his name on a list of “chronic bank debtors.”

Kalu said he ceased being the non-executive chairman of the owing firm, BGL three years ago, “by a decision of its board in my absence.”

In a statement, the ex-minister explained that he was later re-assigned to chair the advisory board of the firm that was never set up.

Kalu claimed he didn’t protest or fault the arrangement because “it suited him perfectly.”

He added: “It is therefore not true that I am a director of BGL. SEC can confirm this fact if in any form of doubt.

“Further, I can assert, without any fear of contradiction, that I do not owe any bank, any institution, or anybody, a kobo or a dime. And also, I am not a director of any debtor firm.”
… It is fraud to include my name – Abike-Dabiri

A former House of Representatives member, Abike-Dabiri Erewa has also dismissed a publication claiming that her company is one of the bank debtors which were published in most newspapers on Monday, as part of moves to name and shame debtors.
A report in a national newspaper said Abike-Dabiri’s company, Thriller Endeavour, owes Diamond Bank N100 million.
But Abike-Dabiri in a statement, denied being a director in the company.
“I was thoroughly embarrassed to see my picture on the front page of Punch newspapers that Thriller Endeavour company, claiming me as a director, owes about N100 million to Diamond Bank.
“I know nothing about the company, Thriller Endeavour, or its activities, as mentioned in the publication,” the statement personally signed by Abike-Dabiri stated.
The former chairman, House committee on Diaspora, she suspected fraud and will be brought to the attention of relevant security agencies, the bank in question and the CBN.

“If the company claims I am a director in the said bank, then it has definitely done so without my knowledge and without my permission,“ she added.