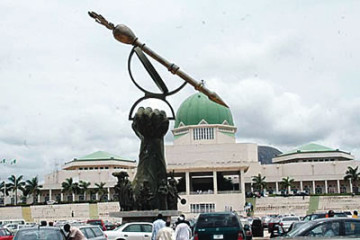 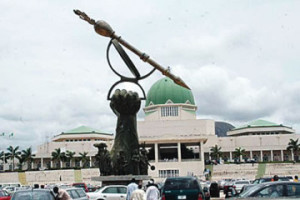 The report of police investigations into the alleged forgery of the Senate Standing Orders 2015 may suffer a setback as Justice Gabriel Kolawole of a Federal High Court in Abuja has threatened that the report will be annulled.
The situation has reportedly set the police and the court on a war path.
Kolawole said that the investigation will be nullified, if found out that the police took some actions on the report after the suit challenging the investigation of the case was filed.
The suit was on July 23 filed by Gilbert Nnaji, an Enugu-East Senator in the National Assembly, but the police have since completed their investigation and forwarded their report to the Office of Attorney-General of the Federation for legal advice and further action.
Before adjournment of the matter, Justice Kolawole said the police would be made to account for actions they took on the investigation after the suit was filed.
However, before adjourning the matter till September 8, he directed that the suit be transferred to Justice Adeniyi Ademola, who will take over as vacation judge from next week.
Justice Kolawole, while ruling on the plaintiff’s ex parte application on July 27 ordered the Inspector-General of Police, Mr. Solomon Arase, and the Attorney-General of the Federation to appear in court on Tuesday to show cause why they should not be restrained from taking any further step on the investigation.
But contrary to‎ the expectation of Mr. P. J. Nwokolo, the plaintiff’s counsel, the police, through their lawyer, Mr. David Abuo, filed a notice of preliminary objection challenging the jurisdiction of the court.
Represented by Mr. Taiwo Abidogun, the office of the AGF also informed the court that it had filed similar preliminary objection challenging the court’s jurisdiction.
Also Suleiman Hunkuyi, another Senator, represented by ‎Chief Mamman Osuman (SAN), said he had filed an application seeking to join the suit.
‎Nwokolo, however, urged the court to grant the restraining order against the police in the ex parte application since they had failed to comply with the court’s order directing them to convince the court why the ex parte prayer should not be granted.
But ruling on Nwokolo’s application, the judge declined to restrain the police in the light of the applications newly filed by other parties‎ to the suit.
The allegedly forged Senate Standing Order was used for the conduct of the election which brought in the current leadership of the National Assembly on June 9, 2015.
Ike Ekweremadu who emerged as the Deputy Senate President from the election which took place shortly after the proclamation of the National Assembly, also hails from Enugu State, like Nnaji and represents Enugu-West in the Senate.