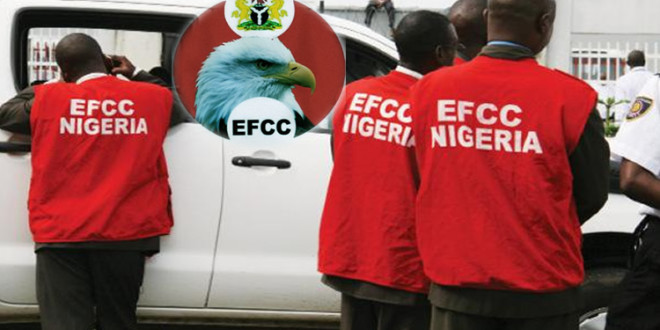 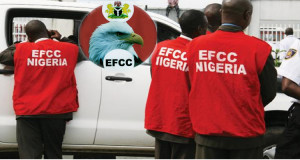 The Economic and Financial Crimes Commission (EFCC) says it has so far secured the conviction of over 1,000 suspected fraudsters in both public and private sectors in the country.

Lamorde also added that hundreds of corruption cases were pending in various courts across the country while billions of naira had been recovered from the culprits.

The EFCC boss, who was represented by Mr. Osita Nwajah, Director of Public Affairs Department of the agency, called for reform of the judiciary to fast-track the prosecution of graft offenders.
He said the commission came up with the idea of the workshop under its prevention mandate to ensure citizens’ participation at all levels of the budget processes for better service delivery.

Lamorde disclosed that, often times, funds allocated to the provision of basic social amenities and infrastructure, are either embezzled or completely diverted, partly due to lack of monitoring of such allocations.

According to him, the management of public funds was secretive and the accountability is very poor.
He added that the commission was convinced that if it embarked on an intensive sensitization, civic education and training of stakeholders on budget processes, there would be an improvement in the people’s advocacy capacity to be able to influence budget outcomes at all levels of government.

“Participation in budget process is a constitutional right. Therefore, your insistence to participate in it does not violate any law; rather, it strengthens governance and leads to accelerated development and reduction in corrupt practices at all levels of government,” Lamorde added.

Hajia Aisha Musa, Head of Enlightenment and Reorientation Unit of EFCC, said the workshop was one of the prevention strategies adopted by the commission to tackle corruption, economic and financial crimes, and to ensure the building of the capacity of the participants to be able to effectively and efficiently participate in the budget process for better service delivery.