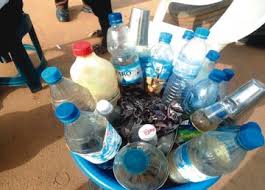 The Federal Government has begun moves to standardise the administration of herbal medicines to meet the Certification System of the World Health Organization (WHO) on quality of pharmaceuticals internationally.

As part of measures to carry out its initiative, the government said it will work with technical experts from Africa to provide the standards.
Dr Joseph Odumodu, Director General, Standards Organisation of Nigeria (SON), said in a statement in Abuja on Monday during the inaugural meeting of the National Mirror Committee on African Traditional medicine.
Mr Umar Kawu, Director, Legal Services and Secretary, SON Council, who represented the DG, said Nigeria was known to have a vast treasure of herbal medicines with high market potential.

Odumodu said the products could not be exported as currently presented due to several reasons, adding that the committee’s aim was to articulate Nigeria’s contributions to the harmonisation process of African Regional Organisation for Standardisation Technical Committee on African Traditional Medicine.
He said some of the reasons identified were that most herbal drugs were usually mixtures of many constituents, which active principles in most cases were unknown.

Odumodu said, “The orthodox medicine, in spite of its general acceptance throughout Africa, has not replaced but only augmented our indigenous health approaches.

“The general belief is that doctors trained in orthodox scientific methods largely focus on the biomedical causes of diseases, while traditional beliefs take a more holistic approach.

“For many Africans, traditional medicine practitioners are often the first and last line of defence against contagious and debilitating diseases that plague their lives.

“Traditional healers are most often trusted sources of health information and treatment and the WHO estimates that 80 percent of people in Africa regularly seek their services,” he said.
The SON DG also said because the healers provided services within communities, it behoves on government to provide appropriate regulation frameworks.

According to him, the government would also provide the code of practice that would enable traditional and orthodox medicine practitioners to work together to improve patients’ well-being by ensuring their proper treatment.
He noted that bringing the traditional healers within the primary healthcare fold presents a challenge that will be overcome through diligent product and process standardisation.

“The need for standardisation entails the preparations of the product under Good Manufacturing Practice,” Odumodu added.