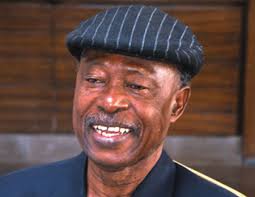 Media icons and eminent Nigerians Thursday converged in Lagos to honour Vanguard Publisher, Mr. Sam Amuka and discuss the future of the media industry in the country.

They dissected the problems posed by social media to the survival of newspapers and proffered solutions.

Given the speed with which the social media dish out information in various forms (photos, videos, texts, etc), the media luminaries said newspapers must adopt new and unique approaches to publish or perish.

They spoke at the Nigerian Institute of International Affairs (NIIA), Lagos at a public lecture and launching of a book to celebrate Mr. Amuka, who turned 80 last month.

According to them, there is a lot to learn from Mr. Amuka’s gentle nature, honesty, hard work, generosity and mentorship to take the print media to the next level.

The way forward for newspapers was captured in the book: “Voices From Within: Essays on Nigerian Journalism in Honour of Sam Amuka (2nd edition)”, edited by Lanre Idowu and the lecture; “Today’s Newsroom, Tomorrow’s Newspaper: How to Survive and Thrive in the Internet Age,” delivered by Mr. Ted Iwere, Managing Director of Independent Newspapers.

Newspapers’ll survive unless they commit suicide –Iwere
In his lecture, Ted Iwere said the Internet cannot kill newspapers unless the print media choose to commit suicide by not doing what’s necessary.

His words: “The question before us is, are Nigerian newspapers in danger of going out of print, given the pervasive and growing influence of the Internet?

“Nigerian newspapers today are at the crossroads. Publishers, editors, managers and journalists are all worried. They are worried about newspapers’ survival and their worries are many because of the present condition and future prospects of newspapers. They are worried about how to reinvent themselves in order to survive in the presence of alternative sources of news and information that are readily available.”

He expressed optimism that newspapers will survive, if they, their publishers, managers, editors and journalists become Internet-compliant.

“The Internet age newspaper publisher and journalist must develop what one would call a ‘multimedia mindset.’ A prime requirement of this paradigm shift is the combination of hitherto separate newspaper and website set up into a unified newsroom, driven by a new organisation structure and a streamlined copy flow plan. Modern newspaper houses need a mobile ready newsroom. The managers and journalists must be Internet-compliant, mobile-ready, access the website regularly, and report the news with their devices,” he said.

In addition, he suggested that journalists should go beyond breaking the news and add value to their stories via analysis, interpretation and investigative reporting.

Reflections on topical media issues
Reviewing the book, Prof. Ayo Olukotun, represented by Dr Abigail Ogwezzy-Ndisika (Head of Mass Communications Department, University of Lagos) said the book, is “a celebration of one of Nigerian journalism’s foremost personae, Mr. Samson Oruru Amuka, better known as Sam Amuka or simply Sad Sam Amuka, publisher of Vanguard and without doubt, one of the few outstandingly successful entrepreneurs in an industry notorious for the mortality of titles turned 80 on June 13, 2015.”
Quoting Lanre Idowu, she said the first edition of the book was issued in 2005 when the honoree turned 70, while the current one does more than update the essays by adding eight new chapters as well as ensuring that the writers situate their reflections in the most contemporary and topical issues in journalism.

Her words: “The contributors straddle generations of practice; a few of them are Amuka’s contemporaries and compatriots, while some of them are young enough to be his sons. There is a parade of stars with names such as, Gbenga Adefaye, General Manager of Vanguard, Debo Adesina, Editor-in-Chief of The Guardian, Frank Aigbogun, publisher of BusinessDay, Muhammed Haruna famed columnist, Tunde Fagbenle, longstanding columnist and Gbemiga Ogunleye, former editor of The Punch among others.
“Let me state that the book is divided into three parts. The first features reflections on media content, looking at things like news reporting, cartoons, and editorial writing; the second examines the business side of publishing in the context of the internet. A third section contains reminiscences by people who have worked closely with Amuka in different aspects and facets of his career.”

They thronged the main auditorium of NIIA to celebrate the man fondly called ‘Uncle Sam’ by admirers but known as ‘Sad Sam’ to older generations of Nigerians, who followed his column and excellent journalism footprints in the 60s and 70s.

Let’s celebrate the reluctant celebrant –Olusegun Osoba
Osoba, who chaired the event, opened the floodgate of tributes to Uncle Sam. He said: “We are here today not because Sam Amuka wants us to be here. If he has his way, in the next five minutes he will disappear. That is Sam, that is his style, when he goes to a party, before you know it, he is gone.

“I want to thank Lanre Idowu and all others who arranged it because it is unlike Uncle Sam, he would not have had this. I want to thank all of you, I say congratulations.

“Most people don’t really know Sam enough, we call him Uncle Sam, but his most famous column was known as Sad Sam, with beautiful write-up, elegant language, richly and very cynical writing.

“He was first editor of Spear magazine, 50 years ago. Sam was the first to make us appreciate cartoons, because of his growing works in magazine, we now have many magazines like The Tell, Newswatch, The News, etc that followed him. I want to tell you one of the secrets of his longevity, he is a gentleman to the core, never envious of anybody, he is contented, a lover of artworks, act of giving, and a good swimmer. I enjoin those above 70 to start swimming.”

Daddy Sam is a man of intellect, wisdom –Saraki
Senate President Bukola Saraki, who was represented by his Deputy Chief of Staff, Gbenga Makanjuola gave Mr Amuka another nickname, “Daddy Sam” saying, “Uncle Sam is more than an uncle to me. He is Daddy Sam.”

He saluted Uncle Sam’s intellect and wisdom, which he said have not been dimmed by age.

Unveiling the book, he told Uncle Sam: ‘We will be here to celebrate you at 90.”

Man of gentility, honesty – Lori-Ogbebor
Chief Rita-Lori Ogbebor, who represented the Olu of Warri, Ogiame Atuwatse II, described Uncle Sam as a performer, gentle and honest man, who has done so much for his country, Nigeria and the Itsekiri ethnic nationality.

“I will go back and tell the Olu that his son has performed,’’ she said.

Momoh, Horsfall, Nda-Isaiah pay tributes
Channels Television Chairman and Chief Executive Officer John Momoh, in his tribute said, ‘’I cherish Uncle Sam a lot. I like to emulate his ways.’’

Horsfall said, ‘’Uncle Sam means something to anybody that knows him,’’ while Nda-Isaiah remarked: ‘’Uncle Sam is a man all of us will like to be like. I remember asking him to pray for me before I started Leadership Newspapers 12 years ago.”