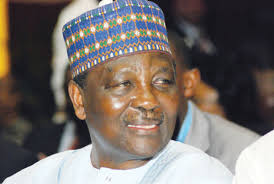 Nigeria Is Better Off With Igbos – Gowon

Gowon spoke while delivering an oration at the burial service for Chief (Mrs.) Chinyere Asika, wife of the former Sole Administrator of East Central State.

Similarly, Governor of Anambra State, Chief Willie Obiano described the deceased as a woman who exemplified the virtues of patience, charity and humility.

The service took place at the All Saints Anglican Cathedral, Onitsha, Anambra State.

Gowon’s declaration was borne out of a deep appreciation of the commitment and sacrifice of the deceased and her husband, Ajie Ukpabi Asika, to the survival of Nigeria as one entity.

The former Head of State recalled that when he proposed the post of Sole Administrator of East Central State, Asika told me, “I prefer to do this for the good of Igbo people.”

He went on: “I was struggling to get an administrator for the newly created East Central State when the name of the late Ukpabi Asika came up. He was then a lecturer at Ibadan. When we met, I did not know which one of us was younger.

“But he exuded strength of character and understanding, and wanted to start work immediately. I cautioned him to think about it. I told him, `you must consult your brothers, and your wife to know if you would accept’. I came away convinced that this was the man I needed.

“I did not know how to place his wife, Chinyere, but when she arrived from Kenya, she plunged head-on into the idea. She was a courageous woman, caring and humble. I remember her efforts in “Otu Olu Obodo”- a public service initiative which she used as a tool of empowerment for her Igbo kinsmen and women.”

Obiano told the children and the Asika family to imbibe the virtues of patience, charity and humility from Mrs Asika, while urging the congregation and Ndi Anambra to remember “her good deeds and pray for the repose of her soul.”

The service was attended by many prominent personalities including a former minister of Defence, Gen T.Y. Danjuma, who represented President Muhammadu Buhari.