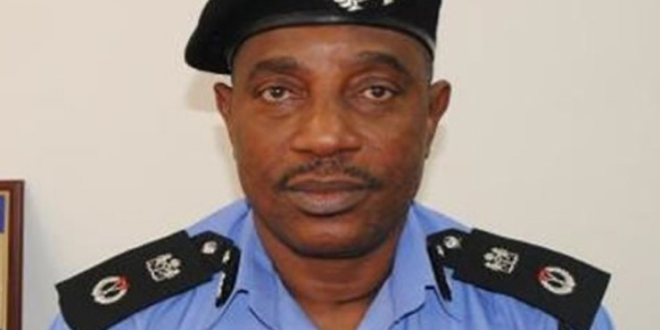 Petition To Police: Senate Mulls Suspension Of Marafa, Hunkuyi, 4 Others

July 24, 2015 Comments Off on Petition To Police: Senate Mulls Suspension Of Marafa, Hunkuyi, 4 Others 26 Views

As the Senate prepares for resumption next week Tuesday, plans have been concluded by the leadership of the legislature to place six senators on suspension over their involvement in the recent petition to the police about alleged forgery of Senate rules.

The six senators who have been accused of breaching the rule of not just the Senate in particular but also the National Assembly in general, are expected to be placed on indefinite suspension pending the submission of an investigation into allegations against them, expected to be read on Tuesday.

Two senators close to the leadership of the Senate said the six senators were found to have been actively involved in the petition to the Nigeria Police, alleging forgery of the Senate Standing Rule, a development they said, was against the legislative immunity the National Assembly has.
Two of the senators, who are not only ranking in status but had also been in several sensitive committees in the previous assembly, said the suspension which will be effected during next Tuesday’s plenary, would follow a motion to be raised by one of the senators loyal to Senate President Bukola Saraki.

The motion will call on the Senate to look into the allegation of forgery of Senate Rule by some members and subsequent petition to the police for investigation, which they noted, resulted in the current crisis in the legislature.

At this point, he said the six suspected senators, all of whom are die-hard loyalists of Senator Ahmad Lawan, who lost his senate Presidency bid to Senator Saraki, would be placed on indefinite suspension, after which they will be subsequently directed to appear before the Senate Committee on Ethics and Privileges, which would be named in the early hours of Tuesday’s plenary, to defend the allegation.

All the six senators, visibly among whom are senators Kabiru Marafa, representing Zamfara Central and Suleiman Hunkuyi, representing Kaduna North, are not only from the ruling All Progressives Congress (APC), but also from the Senate Unity Forum, a group of senators who are against the emergence of Senator Saraki, as Senate President.

“Some senators who lost their bid to be in the Senate leadership have decided that we must not settle down for legislative business which we were in the first place elected here to do and we are not going to allow this continue. We have tolerated distraction enough but I can tell you that all these will come to an end as we resume.

“We have decided on what to do in order to move forward and first among the actions we are taking immediately from Tuesday, is to suspend these renegades in our midst.

“In spite of our rule which forbids our issues being taken outside of the legislature, some people have gone to ridicule us and we must not allow this to continue if the National Assembly, especially the Senate, which we have known in the past few years must be allowed to work for Nigerians,” the source said.

Saraki, Ekweremadu must go
But in a swift reaction to the alleged impending suspension, spokesman for the pro-Lawan senators, Senator Kabiru Marafa, dismissed the alleged action as the ranting of ants, vowing that the Senate President Bukola Saraki, his deputy Ike Ekweremadu as well as other principal officers in the Senate leadership would be sent packing on Tuesday, July 28, when the upper legislative chamber resumes.

Marafa asked people not to believe yet that there was a leadership in place in the Senate, saying a proper leadership would be put in place when the Red Chamber reconvenes next week just as he said Saraki and his three colleagues were occupying illegal offices that according to him, would soon be swept off their feet.

Asked whether he was aware of their alleged impending suspension by the Senate leadership, Senator Marafa, in a terse text message, responded: “Who is Senate leadership? There is nothing like that in the 8th Senate. What you have is a group of persons occupying those offices against the rules of the Senate and the Nigerian Nation! Tell them dem no fit!”
The Senate is expected to name the various committees next week with their membership after which it will start full legislative business, having been on a self-imposed recess.

Chapter XIII (97)-(1)(a) of the Senate Rule says: “There shall be a committee to be known as Committee of Selection appointed at the commencement of the life of the Senate to perform the functions allocated to it by these rules, and for such other matters as the Senate may from time to time refer to it.

“(c) the President shall be the Chairman of the Committee of Selection and in his absence, the Deputy President; (d) nominating senators to serve on committees to consider any special matters brought before the Senate.”

It will be recalled that Senator Suleiman Hunkuyi, representing Kaduna North on the platform of the ruling APC, had petitioned the police, alleging substitution of the Senate Rule without the authorization of the Senate.