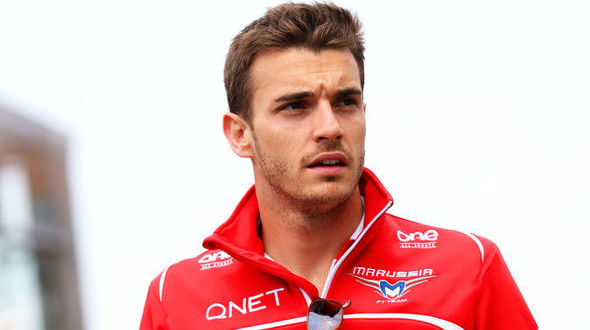 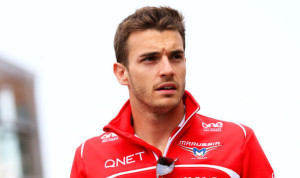 French Formula One driver Jules Bianchi has died of injuries sustained at last year’s Japanese Grand Prix. Bianchi had been in a coma since the accident at Suzuka last October.
Jules Bianchi is the first driver to die since Brazilian triple world champion Ayrton Senna succumbed to injuries sustained at Italy’s Imola circuit in May 1994.
Bianchi passed away at a hospital in Nice, near his parents’ home in the South of France. He was 25 years old.
“Jules fought right to the very end, as he always did, but today his battle came to an end,” said the Bianchi family. “The pain we feel is immense and indescribable.”
Bianchi came out of the Ferrari academy with a glowing reputation and was a test driver for the Maranello glamour team before joining Ferrari-powered Marussia.
He competed in 34 races over the 2013 and 2014 seasons, scoring the first ever championship points for Manor – then known as Marussia – by finishing fifth at last year’s Monaco Grand Prix.
His F1 team paid tribute to the young Frenchman: “We are devastated to lose Jules after such a hard-fought battle,” Manor F1 team Tweeted. “It was a privilege to have him race for our team.”
Bianchi suffered severe head injuries when he slammed into a recovery tractor in wet conditions in fading light at the Japanese Grand Prix.
In 2013, Bianchi was elected the best rookie of the season, despite driving a car that was well off the pace.

…Fans, colleagues pay tribute to F1 driver Bianchi
Following the death of F1 driver Jules Bianchi, French President Francois Hollande has said the motorsport world “lost one of its greatest hopes.” Bianchi is the first F1 driver to die in more than 20 years.
Jules Bianchi died in hospital in his hometown of Nice, in Southern France, on Friday after suffering head injuries following a serious accident at last year’s Japanese Grand Prix. He had been in a coma since October 5.
Upon hearing the news, fans and colleagues offered tributes to the young star.
French President Francois Hollande commended the 25-year-old racing car driver for his promising skills.
“It is with great emotion that I learned of the passing of Jules Bianchi. French sport has lost with him one of its great hopes,” Hollande said in a statement.
Ferrari, which powers Bianchi’s team Manor Marussia, took to Twitter to share their condolences for F1’s loss.
On Saturday morning, ardent F1 fan and former French Prime Minister Francois Fillon said on Twitter that Bianchi’s death was “a sad and brutal awakening.”
“Jules was talent and courage in its purest form. Thoughts to those close to him,” he wrote.
Racing champ Mario Andretti, who won the 1978 F1 world champion, also sent his “heartfelt condolences” to Bianchi’s family for their loss.
Bianchi earned Manor Marussia its first points in F1 when he sealed the best performance of his career at the Monaco Grand Prix in 2014 after having graduated from Ferrari academy in 2009.
John Booth, team principal of Manor Marussia, described the news as an “enormous sadness” for the team.
“We are incredibly grateful that we were able to provide Jules with the opportunity to show the world what he could do in a Formula One car. We knew we had a very special driver on our hands from the first time he drove our car in pre-season testing in 2013,” Booth said in a statement.
“It has been an honour to be able to consider him our race driver, our team mate, and of course our friend.”