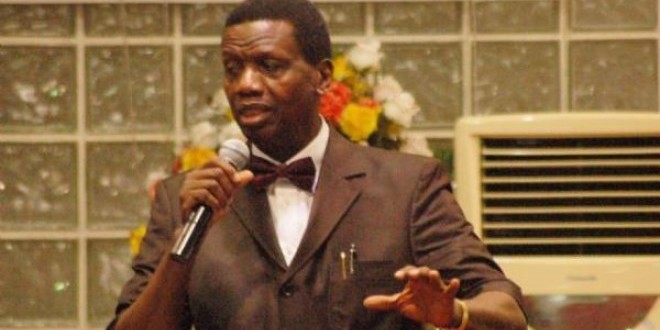 The Redeemed Christian Church of God (RCCG), on Wednesday confirmed that its new three-kilometre square auditorium expected to host 12 million worshippers will be one of the venues for its 63rd annual convention slated to begin August 9.

It condemned same sex marriage, which was recently endorsed by the American Supreme Court, saying, “We don’t support it. There is nowhere in the Bible where God said people of the same sex can get married. The stand of the church is very clear and it states, one man, one wife.”

Similarly, the church clarified its position about Christians in politics, noting that it does not bar individual members of the church from participating in politics, but “we are not accountable for their performance.

“We pray for those in power as the Bible has enjoined us to do. That is our stand, but we believe that by the end of this year, Nigerians will have cause to say that all is well.”

Addressing newsmen at the church’s Redemption Camp, Pastor Segun Adegbiji, Head of Media and Public Relations, with support from several RCCG ministers, said the new Arena will host plenary sessions on a few evenings of the week-long programme on an experimental basis.

According to Pastor Adegbiji, adequate arrangements have been put in place to host participants from the 24 regions of the church spread across 188 countries of the world.

He quoted the General Overseer of the church, Pastor Enoch Adeboye as warning unserious persons to stay away from this year’s convention, which has the theme, The All Sufficient God.