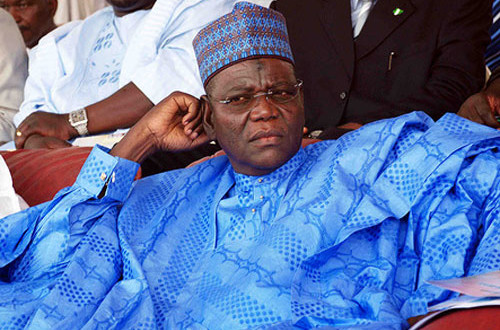 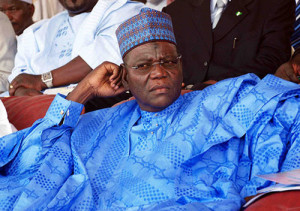 After spending 72 hours with his two sons in Kano Central Prison, immediate-past governor of Jigawa State Sule Lamido, has imputed political motives to his incarceration.

According to the former governor, he is being persecuted by those who feel that they would not be able to actualise their presidential ambition with him around the political arena.

Lamido, who spoke exclusively through his media aide Umar Kyari,Saturday, drew the attention of Nigerians and the international community to the attempt being made by those he called  his “political enemies” to silence him using the instrumentality of the Economic and Financial Crimes Commission (EFCC).

Lamido pointed out that it was clear from the outset that there was a grand design to put him away in prison for a long time in the guise of money laundering and sundry charges so as to pave way for his political enemies to have their way.

The former governor, whose many supporters relocated to the Kano Central Prison where they kept vigil over him and his two sons, said he was determined to prove to Nigerians that he was innocent but was merely being witch-hunted by those who feel threatened by his rising political profile.

Lamido’s spokesman said: “This current effort to frame and denigrate the former governor of Jigawa State with a view to rubbishing his high performance in office will come to naught at the end of the day.

“Lamido remains nothing but a scion of accountability and integrity who has always fought on the side of the people, particularly the downtrodden and the vulnerable, since he came into the national political scene.

“He remains unshaken over the trumped-up charges slammed on him by the EFCC knowing that he has not committed any offense to warrant being thrown into the prison over a bailable offense.

“But the refusal by his traducers to grant him and his sons bail when others charged the same day and time for even more grievous offences were admitted to bail speaks volume of the intention and mindset of those who are after him.

“Nonetheless, Sule Lamido strongly believes that after being imprisoned several times all in a bid to pave way for sustained democracy in Nigeria, the current effort by the EFCC and others to humiliate him and his family over the so-called money laundering charges will not break his resolve to continue to fight on the side of the people.

“It is Lamido’s strong belief that having not committed any offence against the state to warrant being sent to prison, he and his two sons will be freed and vindicated against the wicked plot of their adversaries.”

Meanwhile, Lamido is said to have been overwhelmed by the large number of friends and well-wishers from across Nigeria who have thronged the prison to show solidarity with him and his two sons.

A close source at the prison said Lamido was jolted by the show of love and solidarity that he shed what the source described as “tears of joy” on Friday.

The former governor reportedly came out on Friday afternoon in one of his best attires to the office of the prison controller with a view to getting close to all those who had thronged the prison yard to see him.

Unconfirmed reports said Lamido and his sons were likely to be admitted to bail on Monday as a vacation judge was most likely to hear their bail application on that day.

A source said Lamido’s associates had already prepared in many ways to meet whatever conditions the judge might stipulate for their release from prison pending the hearing of the case in September.

Lamido and his two sons, according to the charge sheet of the EFCC after what the anti-graft agency described as a thorough investigation, alleged during the arraignment of the accused persons at a Federal High Court in Kano that they laundered N1.35 billion.

They were slammed with a 28-count charge of criminal breach of trust.

The trial judge, Justice Evelyn Anyadike, adjourned the case tillSeptember 28 while ordering that the suspects be remanded in Kano Prison.

Anyadike, however, ruled that the case will be handed over to a vacation judge to listen to the accused persons’ bail application while the judiciary goes on vacation today.