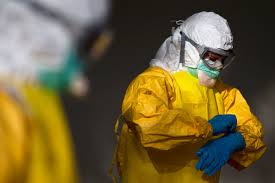 UN Secretary-General Ban Ki-moon has urged the international community to show continued solidarity with Guinea, Liberia and Sierra Leone in their efforts to recover from the devastating effects of Ebola Virus Disease (EVD).

“I call on you to be part of this historic push to end the Ebola outbreak in West Africa and support the leaders and people of Guinea, Liberia and Sierra Leone in returning to a path of sustainable development,” the Secretary-General said. “Together, let us jumpstart a robust recovery process over the next two years, and usher in a better future for generations to come.”

As he opened the main day of the International Ebola Recovery Conference at UN Headquarters in New York, the Secretary-General thanked the many donors, partners and international responders who had supported the nationally-led response efforts.

The Secretary-General was joined by the Presidents of Guinea, Liberia and Sierra Leone, and the Secretary-General of the Mano River Union, who are seeking international support as well as financial commitments for their national and regional recovery strategies over the next two years.

Helen Clark, UNDP Administrator, said: “While ‘getting to zero, and staying at zero’ must continue to be central to the sustained Ebola response, national governments rightly want to intensify recovery and development efforts. Decisive action now, under national leadership with generous international support, will address the devastating social and economic impacts of Ebola, and support the three countries in getting firmly back on their development track.

“Unless the international community steps up its support now, the impact of Ebola could be felt for years to come.”
Dr. David Nabarro, the Secretary-General’s Special Envoy on Ebola, said: “This recovery – and the strength it brings to affected communities – is a key part to people staying safe in the face of occasional flare-ups of disease in these final stages. Resilient communities are better able to respond to each and every case.
“The partnership we have built in the face of Ebola matters more than ever: Let us be sure that it is sustained for the years to come.”

The conference will see substantial pledges from the international community during the afternoon session.
The UN organized the International Ebola Recovery Conference in partnership with the African Union, European Union, the World Bank and the African Development Bank. A day of technical consultation on the recovery strategies on Thursday, July 9 was followed by the high level event on July 10, convened by the Secretary-General, and attended by the Chairperson of the African Union, the Presidents of Guinea, Liberia and Sierra Leone and the Secretary-General of the Mano River Union.