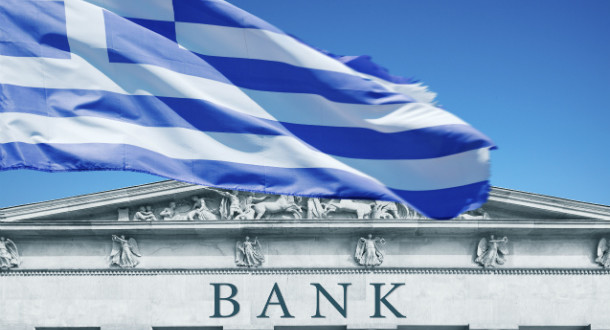 Athens has extended banking closures across the country into next week, as it faces the possibility of financial collapse. The heads of the US Treasury and the IMF have said a degree of debt restructuring is in order.

The Greek Finance Ministry said it was extending the closures of banks until next Monday, with capital controls remaining in place on transactions.

Citizens have faced ongoing restrictions that limit withdrawals to 60 euros ($67) per day from ATMs and block transfers of money abroad without special permission.

The decision was announced as a Thursday deadline looms for Prime Minister Alexis Tsipras to put forward a detailed and cost-accounted plan of reforms in exchange for a bailout. Earlier this week, Eurozone ministers demanded the proposals in time for consideration at a meeting of all 28 EU member states on Sunday.

International Monetary Fund (IMF) Chief Christine Lagarde reiterated on Wednesday that Greece’s debt would need to be restructured, echoing her organization’s assertion that some debt relief would be needed.

The idea of reducing further the amount that Athens would be expected to pay back to creditors is something that Germany – Europe’s biggest individual lender – has so far refused to do.

However, US Treasury Secretary Jack Lew argued that debt relief was needed for a deal to avoid the “geopolitical mistake” of a Greek exit from the eurozone. Such assurances were needed, said Lew, for Tsipras to receive domestic backing for a deal.

“I don’t think any prime minister of Greece could sell all the additional fiscal measures, plus the structural reforms that are needed without some sense of what the debt sustainability looks like,” Lew said in Washington.

Athens has been set a deadline to file the complete reform plan bymidnight (2200 UTC) on Thursday.
Speaking to the European Parliament in Strasbourg on Wednesday, Tsipras promised his proposals would have real substance. “The Greek government will tomorrow file new concrete proposals, credible reforms, for a fair and viable solution,” Tsipras told lawmakers during a heated debate.

The ECB on Wednesday opted to leave its emergency funding for Greek banks capped at 89 billion euros.