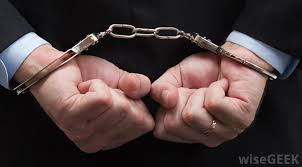 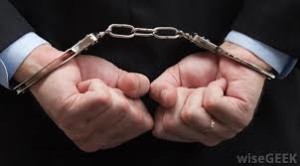 For nine years, he buried his true identity, bearing his friend’s name, from whom he allegedly stole copies of the academic credentials with certificates and got employed at the Federal Ministry of Health, became the Nigerian Medical Association (NMA) branch chairman, participated as Ebola volunteer and earned salaries until the long arms of the law caught up with him.

Martins Ugwu Okpeh, from Ogbadibo Local Government of Benue State, in 2006 was the best man to his childhood friend, Dr. George Davidson, a medical doctor practising in Jos, when he allegedly stole the academic credentials and used them to secure employment at the Federal ministry.

“What was perceived as unprofessional conduct and unwholesome behaviour of inciting trouble, blackmailing and misleading by the self-acclaimed medical doctor, Martins Ugwu Okpeh prompted an anonymous petition against him to the Federal Civil Service Commission in May 2015.”

Shogunle said that investigation conducted through the records available at the Medical and Dental Council of Nigeria showed that Ugwu Okpeh adopted the identity of Dr. Davidson, a true medical doctor in residency training in Jos.

He said: “Martins Ugwu has been parading himself as a medical doctor in the Federal Ministry of Health in Abuja for almost one decade and was among medical volunteers trained by the ministry in conjunction with African-Union Support to Ebola Outbreak in West-Africa (ASEOWA) mission in Liberia.”

Confirming his involvement, the 44-year old father of five, Ugwu said he actually took the certificates from his friend to join the Health ministry in order to unearth the fraud and “mess” in there as an insider.

He said: “I never opted for clinical services to avoid damage that may occur. I went into administration and research. It is in the health services, research and statistics that all the fraud in the health sector is found.

“I have great remorse but it’s my desire to save my country that pushed me into this. I have great passion for Nigeria, I participated in the Ebola mission and much more and have not even been paid.

“Severally, there were biometrics verification, but I survived them. I was the NMA chairman in 2008. Federal Ministry of Health, I don’t think has the mechanisms for that. The ministry is porous.”

According to the DFPRO, Okpeh has never passed any examination set by the ministry that would have warranted his promotion.

He said that the suspect would soon be arraigned in court for the “offences of theft, impersonating a medical doctor, wearing and carrying token used by medical doctors, dishonestly receiving what he is not due for, framing of incorrect document with intent to cause injury, breach of official trust, criminal intimidation and intentional insult to provoke breach of peace.”