Greek Debt: All Eyes On European Central Bank After ‘No’ Vote

July 7, 2015 Comments Off on Greek Debt: All Eyes On European Central Bank After ‘No’ Vote 8 Views

Greeks’ resounding ‘No’ vote in Sunday’s referendum left the ECB, a last source of funding for Greece’s debt-laden banks, with a moral quandary: Keep pumping money into a system on the brink of bankruptcy or not?

A day after Greek voters squarely rejected the notion of trading unpopular economic reforms for more bailout money, the onus of buying more time for European politicians to come up with a solution to the Greek debt crisis seemed to fall on one institution: The European Central Bank.

A lender of last resort for Greece’s beleaguered banking sector, the ECB has been doing everything in its power to prevent the euro from unraveling. This has meant keeping Greece’s debt-stricken banks – and, by extension, the country’s fragile economy – afloat by extending them a lifeline of emergency credit.
But on Monday, it was uncertain whether that assistance could continue or whether the ECB would be left with no choice but to pull the plug on its emergency funding for Greek lenders.

That money, known as Emergency Liquidity Assistance (ELA), has so far been predicated on the – at times admittedly bleak – hope that Athens could still reach a deal with its creditors to prevent the country from running out of money and going bankrupt.

‘The banks are bleeding out’
Sunday’s ‘No’ vote did little to strengthen that hope. The final tally showed 61.31 percent of Greeks opposing creditor demands for more austerity, which the country’s lenders have demanded in exchange for more loans.
Now the ECB’s governing council must decide whether to keep pumping money into a system that is teetering on the brink of bankruptcy or cutting it off completely – and subjecting the bloc to whatever dramatic consequences may follow.
Frankly, it may not have a choice.
The ECB is bound by its legal framework to not lend to banks that are not solvent. Greece is due to repay 3.5 billion euros ($3.8 billion) to the ECB on July 20. Analysts have said defaulting on that payment would almost certainly mean the ECB would stop giving Greek banks access to ELA.
“A sovereign default would drag the banks down into the abyss and the ECB is not legally permitted to lend to insolvent banks,” said Jörg Krämer, Commerzbank’s chief economist in an interview with DW. “Things are about to get very tight in the next few days. The banks are bleeding out.”

Both sides remain far apart
To decide on whether to inject more emergency funding into Greece’s banks, ECB Chief Mario Draghi held a conference call with high-ranking European leaders on Monday morning, including European Commission President Jean-Claude Juncker, Dutch Finance Minister and Eurogroup President Jeroen Dijsselbloem and European Council President Donald Tusk.
That level of coordination suggested that the ECB would likely be taking its lead, if not its marching orders, from euro-area politicians.
Experts have also said it was unlikely that the ECB would cut off ELA as long as there was even the slightest prospect of a deal between Greece and its creditors.
Other high-level meetings were also due to take place in the wake of Sunday’s referendum. German Chancellor Angela Merkel flew to Paris to meet with French President Francois Hollande and Greek Prime Minister Alexis Tsipras spoke to Draghi, Merkel and Hollande in separate phone calls agreed to discuss new proposals on Tuesday on how to keep the country in the euro. An emergency eurozone summit was scheduled for Tuesday.

Patience wearing thin
But there is still much air between both sides’ positions and Sunday’s referendum did little to change that.
Many European governments’ patience with Athens has already worn thin, perhaps most notably in Germany, where polls have suggested that more than half of Germans would be comfortable with Greece giving up the euro.
A spokesman for the German government said Monday that Berlin respected the “clear ‘no’ vote” against austerity, but added that the conditions were not in place for negotiations on a new aid program because Greek voters had shown they were against the principle of cash-for-reforms.
Otmar Issing, a former ECB chief economist from Germany, told DW in an interview that Greece had failed to recognize the “extreme effort” by the other 18 countries that use the euro.
“I’m not worried about the stability of the euro,” Issing said. “I’m worried about the composition of the euro area, about rules which were neglected time and again and massively violated by Greece.”

Crunch time
While political leaders try to strike a deal, Greek banks are reportedly only days away from running out of cash. Banks across the country remained closed for a sixth working day and limits on ATM withdrawals remained in place to staunch capital flight. Athens had originally said the banks could reopen on Tuesday, July 7, but there has been speculation that they may remain closed for even longer if the ECB doesn’t let Greek banks tap more funds – something analysts think the central bank is unlikely to do.
The Reuters news agency cited people familiar with ECB policy as saying that the central bank would likely reject a request from Athens to raise the cap on ELA funding and leave the limit unchanged at 89 billion euros ($80.5 billion), adding pressure to the Greek government to forge a deal before its banks go bust.
“Tsipras must make clear to his people that there are only 15 days left until the cutoff date on July 20,”said Jens Bastian, a financial adviser based in Athens. “By then, there needs to not only be negotiations but also an agreement that includes a bridge loan.”
While some major banks have said they now see a Greek exit from the eurozone as the most likely scenario, markets either don’t seem to be 100 percent convinced of this or they have factored in a possible “Grexit.”
The euro fell against the dollar on Monday and European stocks and bonds were also down, but the damage was contained and there was no indication that Greece’s troubles would spill over into other European economies.

Belgium: Ahead of crucial meetings, no clarity in Brussels about Greece

The Eurozone insists Greece’s ‘no’ vote in the referendum has made negotiations about further aid for Greece more difficult. But rhetoric alleging a ‘no’ vote would also mean ‘no’ to Europe appears scaled down.
“One thing is clear: The place of Greece is and remains in Europe,” said European Commission Vice-President Valdis Dombrovskis at the Commission’s daily briefing in Brussels.
And Jeroen Dijsselbloem, the Dutch finance minister who presides over the Eurogroup bringing together finance ministers of all 19 eurozone members, said in The Hague that it was still his goal to keep Greece in the common currency.
Comments like these appeared to be taking a step back from EU rhetoric before Sunday’s referendum, when high-ranked officials from Jean-Claude Juncker, the Comission’s president, to Martin Schulz, president of the European Parliament, insisted a ‘no’ in the referendum would mean ‘no’ to Europe.
Italian Prime Minister Matteo Renzi said the Greeks were in fact choosing between the euro and the drachma.

‘All problems can be solved’
On Monday, Renzi sounded more conciliatory, writing in a daily that Italy would do its part to “resolve this emergency.”
“None of us [eurozone finance ministers] wants Greece to leave the euro,” Spanish finance minister Luis de Guindos told the Spanish media at a press conference in Madrid.
For his part, Finnish Finance Minister Alexander Stubb even gave off an air of optimism that a solution to the Greek debt crisis could be found when the eurozone’s finance ministers converge in Brussels for yet another Eurogroup meeting.
This optimism, however, was not reflected in comments from the European Commission or the Eurogroup.
“”When proposals are declined, matters become more complicated,” Jeroen Dijsselbloem told the Dutch press.
“The ‘no’ result widens the gap between Greece and other eurozone countries,” said Valdis Dombrovskis.
He added that while the commission was ready to continue working with Greece, there were currently no negotiations on either the political or the technical level on a possible agreement on further financial aid to Greece.
While Greek Prime Minister Alexis Tsipras had already requested a new bail-out from the eurozone’s bailout fund called the European Stability Mechanism or ESM, the Eurogroup had unanimously declined to discuss this proposal before the referendum.
German Finance Minister Wolfgang Schäuble said on Monday he was waiting for his Greek colleague to present a new proposal when the Eurogroup meets on Tuesday in Brussels.
Following the resignation of the controversial Yanis Varoufakis as finance minister, the former chief negotiator in bailout talks, Euclid Tsakalatos, will represent the Greek government as the new finance minister.

Greece in dire financial straits
Whatever a new proposal from Greece contains, it will need a fast decision as Greece’s financial and economic situation is deteriorating quickly.
After negotiations had been dragging on for months, a second bail-out programme expired last week on June 30, 2015, leaving Greece without financial assistance for the first time since the crisis began in May 2010.
Given its inability to tap into the remaining assets of the second bail-out, Greece has had to introduce capital controls limiting withdrawals of domestic card holders to 60 euros per day. Banks have been closed since last Monday , but were scheduled to open again this Tuesday, July 7. Reports suggest they will now stay closed until Wednesday.
Last Tuesday also saw Greece’s defaulting on a roughly 1.6-billion-euro loan by the International Monetary Fund (IMF).

European Central Bank holding lifeline
Currently, it is the European Central Bank (ECB) that is holding the lifeline for Greek banks with “emergency liquidity assistance” or ELA. While the ECB has continuously increased this emergency cash, it has kept it at the level of 89 billion euros since the referendum was announced.
Assessments of how fast Greek banks would run out of cash once banks open again differ widely, with predictions ranging from a few days to several weeks.
“The use of capital controls gives Greek banks more than a month of liquidity, even if the ECB does not increase emergency liquidity assistance,” Diego Valiante of the Center for European Policy Studies told Deutsche Welle.

Debt is one divisive issue
Any new Greek proposal is likely to include the request for debt relief, or at least a restructuring of Greece’s debt.
Greece has requested a so-called haircut for many months, and the government appeared to find vindication in a recent IMF report finding that Greece’s public finances were unsustainable and a haircut would be necessary.
For other eurozone countries, a haircut has been out of the question.
“Spain also has very high debt,” explains Pablo Rodriguez of Spain’s El Mundo Newspaper. “If Greece got its haircut, the left-wing ‘Podemos’ party in Spain will try to exploit that for its own campaign and be very happy to campaign on getting debt relief for Spain as well in the upcoming elections.”
But Daniel Gros of the Center for European Policy Studies says a final agreement could include something that would in fact amount to a haircut even though it would not be called by that name.
“In political terms, the question is whether [in the upcoming meetings] a formula is found that Alexis Tsipras can use at home to say he achieved a haircut, and that at the same time German finance minister Wolfgang Schäuble can take back and say that there was no haircut.”
-DW.DE 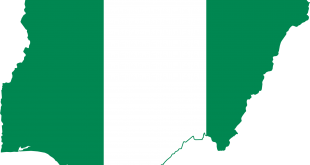