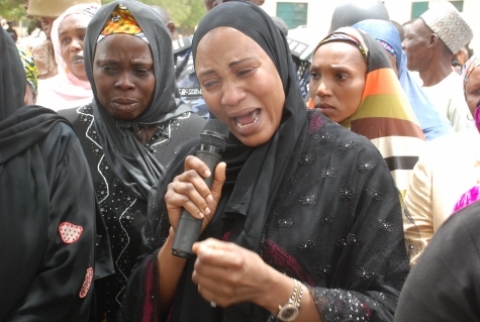 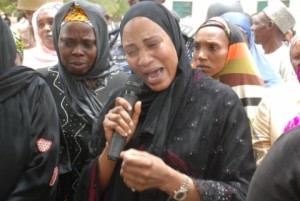 The #BringBackOurGirls group (BBOG) will on Wednesday meet President Muhammadu Buhari in Aso Rock Villa to express their disappointment over the failure of the Federal Government to rescue the 219 Chbok girls abducted by Boko Haram since April 14, 2014.

BBOG said it secured the appointment with the President where the issue of the abducted schoolgirls would be discussed and that it would demand from the government a specific timeline for rescuing the missing girls.

At its sit-out on Monday in Abuja, BBOG called on the President to address Nigerians on the effort made so far in rescuing the girls.

A member, Sesugh Akumen who spoke for the group, said it is now 428 days since the advocacy for the Chibok girls started, noting that it was time for action, stressing that the rescue of the 219 girls is long overdue.

He said, “During this meeting, we shall not only convey our deep anxieties about the failure of the Federal Government to rescue and bring back our 219 Chibok girls successfully after 443 days, but will demand a specific timeline that the new administration may have for bringing back our girls and other abducted citizens and ending the insurgency.

“We shall also use this meeting as a citizens’ movement to understand, and contribute to the strategy for countering terrorism, ensuring post-insurgency recovery and other related issues.”