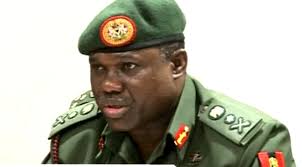 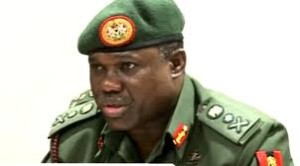 The Chief of Army Staff (COAS), Lt-Gen. Kenneth Minimah has said he would restore military checkpoints which President Muhammadu Buhari ordered to be dismantled nationwide a few weeks ago.

Minimah also said he would set up more General Court-martials to try erring soldiers and check indiscipline among troops engaged in the ongoing counter-terrorism operations against Boko Haram insurgents in the North-East.
Minimah said on Sunday in Abuja at an inter-denominational church service to mark the Nigerian Army Day celebration 2015 (NADECL), “the army is taking all proactive measures to restore sanity and battle-confidence to troops.”

He explained that court-martials were set up to try those soldiers and officers who ran away during operations.

In his words, “I am setting up more court–martials to try people who ran, show cowardice, abandoned troops and equipment and ran away. Why are you in the army? Is that the army? That is not the army.”

He frowned on those who he described as saboteurs who believed the war was not to be fought and also those who believed in the war sentiment but showed cowardice.

He said: “I must set up court-martials. If you are in my place and you did nothing, you are not worth being a chief of army staff. I did that; I have no regret.”