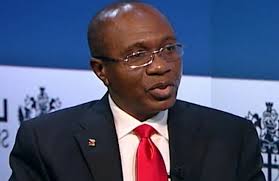 The Central Bank of Nigeria (CBN) has defended its decision to stop the use of foreign exchange for the importation of certain specific goods.

In a statement by the CBN Director of Corporate Communications Ibrahim Mu’azu in Abuja on Friday, CBN said it took the decision because it was important and the right thing to do.

The statement, which was in reply to The Economist magazine’s article of July 4, titled, “Toothpick Alert’’, sought to further explain the CBN’s policy of restricted importation.

The article ignored some salient points which made up part of the reasons that informed the decision of the apex bank, the statement said.

“First, the article seems to ignore the fact that the exchange rate is simply a price that is essentially determined by the forces of supply and demand.

“The CBN believes that the 48 percent decline in oil prices may not be transitory and made bold policy changes including closure of the subsidised Official FX Window.

“This resulted in 22 percent depreciation in the currency, the Naira.

“This is because the Nigerian economy is heavily dependent on imports and the exchange rate pass-through to inflation is high, we believe that this adjustment is optimal at this time.’’
It stated that many other issues had to be considered.
“Contrary to the article’s argument, adjustments to a sharp decline in supply of US Dollars cannot all be borne by an indeterminate depreciation, without considering the full impact on the Nigerian economy.
“The demand side also has to be considered, not just in response to the pressure on the Naira, but as an opportunity to change the economy’s structure, resuscitate local manufacturing and expand job creation for citizens.
According to the statement, CBN believes that Nigeria cannot attain its full potentials by importing anything and everything, the trend which has weakened the operating capacities of Nigeria’s industries.
It said that now was a good opportunity to begin to reverse the trend of importation.
“Although the article hastily derides this idea as lacking in economic foundations, it is the same principles upon which many other countries do not allow importation of certain products.’’
The statement said the article appeared condescending to suggest that the list of items seemed “to have been drawn up by someone wandering around a house and a building site’’.
It said on the contrary, items were only included after thorough and exhaustive discussions at the highest policy making body of the Bank with the strategic national interest of Nigeria.’
According to the statement, it is hoped that Nigerians will seize the opportunity to develop the country.
“Like other oil-exporting countries, Nigeria is grappling with its share of the aftermath of the oil price decline.
“Despite this, our economic fundamentals remain strong. Inflation is still within the CBN’s single-digit band, the exchange rate has stabilised around N197 per US dollar for the last 5 months.
“GDP expanded by 4 percent in the first quarter of 2015, and 469,070 new jobs were created in the same quarter.
“With ingenuity and productiveness, we believe that Nigerians will seize this opportunity and use it for the greater good of the country.
“As we are in a new administration in Nigeria, we must continue to ensure policy stability at all times’’, it said.