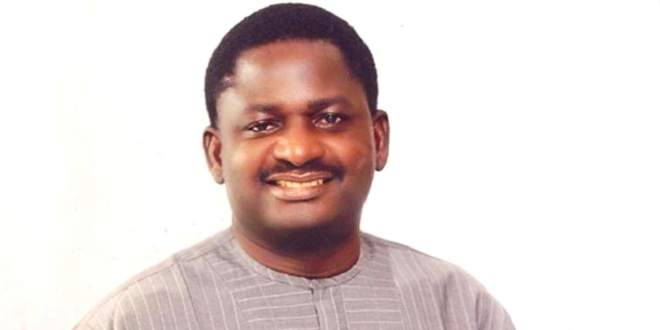 Saraki Did Not Step Down For Buhari – Presidency

Mr. Femi Adesina, Special Adviser to the President on Media and Publicity on Saturday said there was no truth in the claim by Saraki that he stepped down for President Buhari in the All Progressives Congress (APC) presidential race.

Adesina, in an interview with one of our correspondents, said the issue of stepping down did not arise because the party conducted a free and fair presidential primary which Buhari won.

The presidential spokesman said all Nigerians know those who took part in the party primary.

Adesina said, “There was no issue of stepping down during the presidential race in the APC. There was a presidential primary that was plain, transparent, free and fair.

“We all know those who were involved in the primary; all Nigerians know those who participated in the APC presidential primary and President Buhari emerged the winner of that process.”

When asked if Saraki had reached out to the President as he claimed, Adesina said, “The President has always maintained that the party is supreme. The party started a process which was truncated.

“The President has always maintained that those who truncated or aborted the process were the ones who precipitated crisis.

“The President had said in earlier statements that he would work with anybody who emerged the Senate President, but then, that did not include those who will subvert (the process).”

A leader of the APC, who spoke on condition of anonymity, said Saraki was only trying to be clever by half.

The leader of the party, who spoke in a telephone interview with one of our correspondents on Saturday, said Saraki had boxed himself into a corner.

“Saraki is simply trying to be clever by half. He is in a fix and he is trying to justify his illegal actions,” the source said.

He added, “Saraki is bound by the nation’s Constitution to read the party’s list without any amendment. If the PDP had sent him their own list of principal officers, will he tamper with it or won’t the PDP send their own list?”

Insisting that the Senate President lied about not being invited to the ICC meeting, the reliable party source said Saraki was invited.

The source said, “He is lying if he said he was not invited to the ICC meeting. All National Assembly members-elect were invited via an SMS.

“He deliberately snubbed the President because he had already struck a deal with the PDP to actualise his inordinate ambition in defiance of his party’s position.”