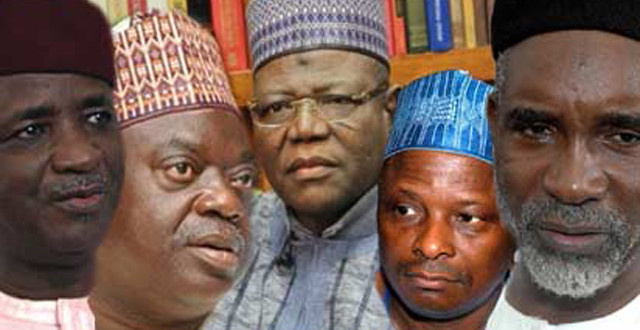 Apparently being devastated by the security challenges confronting their states, governors of Kaduna, Niger, Kebbi, Zamfara and Katsina states Saturday met with security agencies of their states to design a collective approach towards ending the menace.

The five states have had their share of insecurities, ranging from gunmen’s attacks,  cattle rustling and farmers-cattle herders clashes that led to the killing of many citizens.

Kaduna State Governor, Mallam Nasir el-Rufai who revealed the meeting, also announced that his administration has established a forensic laboratory under the control of  the state internal security outfit – Operation Yaki – to enhance the investigative capacity of law enforcement agencies.

He said President Muhammadu Buhari has been briefed and updated on the security challenges in state, and the President has pledged Federal government’s support for the comprehensive security plan.

The governor also noted that a comprehensive security plan was designed for Southern Kaduna, Birnin-Gwari and Giwa axis to end attacks in the areas.
The governor reminded the crowd that he had promised to engage  and interact  with the public regularly.

“We pledged that we will provide you regular updates and listen to your feedback, including criticisms and suggestions. Here we are before you today to do as we pledged. As we have started, so we intend to continue, always striving to get better at achieving results,” he said.

On transportation, el-Rufai said, “Our multi-layer transport architecture will be executed. That includes preparations, studies and projects to put in place the new cab scheme and expanding  it to Zaria and Kafanchan; a BRT system for mass transit starting with Kaduna, a major project to establish Kaduna-Zaria light rail system between Shika and through the Kaduna metropolis and up to the refinery, new bus and truck terminals in Kaduna, Tafa, Mararaban Jos and Zaria.
“As we took briefings from the ministries, departments and agencies in our very first week,  the depth of the financial problem became clearer to us as well as the impact  the decades of impunity have had on the mental attitudes of the institutions that constitute the public service. As one astute observer of the situation commented recently, the public service does not serve the public; rather it considers itself as the public and thus serves only itself.

“We emphatically reject this mentality. The new government of Kaduna State has therefore declared that the resources of the state will be devoted to serving the public, with schools, hospitals and roads; aiding our farmers and doing our utmost to create jobs. To do that, we must cut the cost of running government. Ours will no longer be the state that has too little left for the needs of the majority of the people.
“That is our guiding principle as we reduce costs. And we have taken concrete action in this regard.”

On governance reforms, he said, “We have made clear our intention to devote a larger chunk of the state’s resources to providing public services. We have signalled that a government elected by majority vote should serve the majority.”

Speaking on his tax reform committee, he disclosed: “We have set up a committee chaired by Ifueko Omogui, former chairman of the Federal Inland Revenue Service, to review our internal revenue generation structures, systems and laws. The committee will recommend ways by which we can improve our internally generated revenue. This will reduce our dependency on the federal government. We will be masters of our own fate.

“Our drive to attract new investors to the state has attracted positive response from Indorama, a leading player in petrochemicals. They have earmarked Kaduna as their regional distribution centre. They will be building warehouses, a fertilizer blending plant and a training centre in Kaduna.

“Our main urban centres, including the state capital Kaduna, are lacking modern shopping malls. We have indicated our readiness to partner with capable investors in this sector. Neighbourhood and township roads in our major urban centres will be upgraded to the extent we can within this rainy season,” he stated.