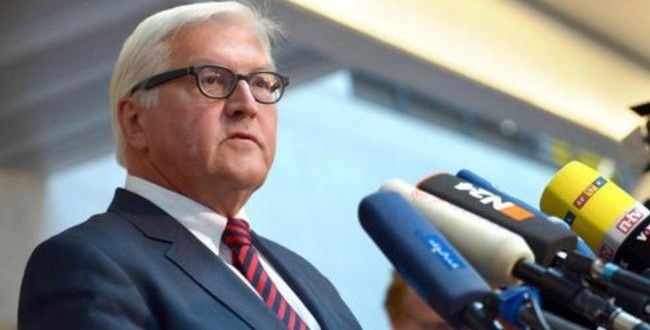 Germany’s Foreign Minister Frank-Walter Steinmeier has urged a resolution of the nuclear negotiations with Iran. With a deadline approaching on Tuesday, all sides are seeking a compromise to finalise a deal under which Iran would cut back its nuclear programme.

Steinmeier told the Sunday edition of “Die Welt” newspaper that negotiations with Iran must reach a solution. US and Iranian officials say much hard work still needs to be done to bridge significant differences on an agreement that could see the UN, EU and the United States lift sanctions.

“Now it’s necessary,” Steinmeier, a Social Democrat, reportedly told “Die Welt am Sonntag. “Without an accord, the international community will have failed to solve a political conflict through negotiation,” he said.

Iran has been conducting the negotiations with the P5+1, the five permanent members of the UN Security Council – US, China, France, Russia and Britain – plus Germany, along with the EU. After many years of on-again, off-again negotiations and several extensions, a final framework is far from done and additional days might be needed to reach a breakthrough.

Many in the United States remain skeptical about any deal.

The US and Israel allies accuse Iran of wanting nuclear weapons. According to a framework, Iran would shrink its uranium stockpile by 98 percent and slash its centrifuges for enriching the radioactive metal by over two-thirds. Uranium can make fuel for nuclear power but also the core of a bomb.

Iran agreed to cease uranium enrichment at its Fordo facility and change a planned reactor at Arak so that it could not produce weapons-grade plutonium.

A major sticking point between Iran and its negotiating partners is the international oversight of military installations to prevent the country from enriching uranium for weapons use and verify whether the country had done so in the past.

Talks continue on Sunday, with EU foreign affairs coordinator Federica Mogherini planning to join. After meeting twice on Saturday, US Secretary of State John Kerry and Iranian Foreign Minister Javad Zarif expressed optimism that they could achieve a deal by Tuesday’s self-imposed deadline – or push the cutoff back a few days if necessary.

“I think everybody would like to see an agreement,” Kerry said Saturday. “But we have to work through some difficult issues.” However, he added that he was “hopeful.”

Iran’s IRNA news agency quoted Zarif as saying that if the P5+1 “takes positive steps and does not make excessive demands, we will certainly reach a deal that benefits everyone.”